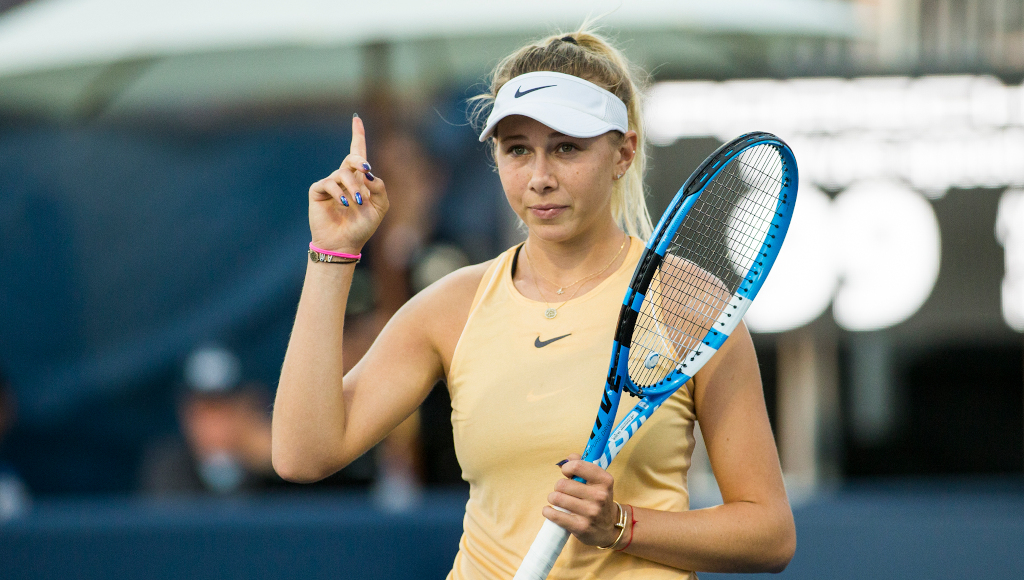 Amanda Anisimova got her 2020 season back on track with a stunning upset win over Elina Svitolina at the Qatar Open while Elena Rybakina won her 20th match of the campaign.

Having made first-round exits at the Australian Open and in Dubai last week, Anisimova is back on form as she followed up a first-round win over Ekaterina Alexandrova in Doha with a 6-3, 6-3 victory over the fifth-seeded Svitolina.

The teenager, who reached the semi-finals of Roland Garros last year, broke once in the first set and twice in the second to earn the victory.

“I think the most important thing was just staying focused and clearing my head, just not putting too much pressure on myself and just trying to enjoy,” she said. “So I’m really happy to be back and kind of playing my own tennis again.”

She added: “Every opponent here is a tough player, but when I go out to play a top 10 player I know I just have to be focused for every point because they can turn the match around at any time, so I just have to really stay zoned into the match.”

Meanwhile, Rybakina continues to notch up matches and wins as the 14th seed beat Sorana Cristea to win her 20th match of the campaign.

Just two days after losing in the final in Dubai, the Kazakh player reached the second round with a 3-6, 6-3, 6-1 victory.

“I still have energy! I’m just fighting in every match, and we’ll see. Hopefully I can keep making finals and finally win another,” she said.

Greek Maria Sakkari booked her place in the second round with a 6-4, 6-3 win over Julia Goerges from Germany.

“She’s got a big serve and a big game. You have to be careful with her and you have to come up with a good game plan to beat her,” the 15th seed said.