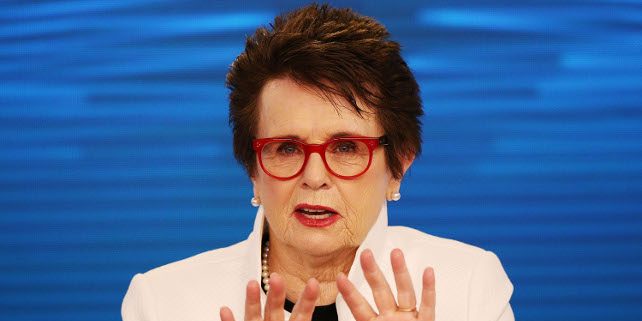 The Sports Personality of the Year awards are a long-standing celebration of sport in the UK ands held annually.

Bjorn Borg and Martina Navratilova are the only other two tennis players to win the lifetime achievement award, largely considered to be the most prestigious to he held out on the night.

“I like to thank everyone at the BBC for this lifetime achievement award and for including me in this historic evening.” King said during the trophy presentation.

“This part of the world (the UK) has played a major role in my life and in my career.

“I won my first national championship at the Irish Open in 1963 and I won my final Professional tour title in Birmingham in 1983.”

“Next year I will be going to Wimbledon for the 59th year in a row. It is like a second home for me.” King added on the venue where she won more than half of her major titles.

“We never achieve success alone. I’ve been really fortunate to have the support of my partner, my family, coaches, friends, players and the people of my home town.”

Billie Jean King is well-known for fiercely fighting for equality as well as her tennis, and she remembers how the game she loves inspired a life-long passion.

“At 12, I had an epiphany whilst sitting at the Los Angeles Tennis Club,” she explained.

”Everybody who played played in white shoes, white clothes, played with white tennis balls and everybody that played was white.

“I asked myself ‘where is everybody else?’

“From that moment on, I committed myself to fight for equality and inclusion of all for the rest of my life.”

Former British and world number one Andy Murray led the tributes, saying: “Billie Jean King is not just an inspiration for me, but I think for lots of athletes.”

“She stood up for what she believed in. That certainly impacted future generations a lot.”