Anett Kontaveit news: Consistency and hard work pay off as Estonian snaps up another title 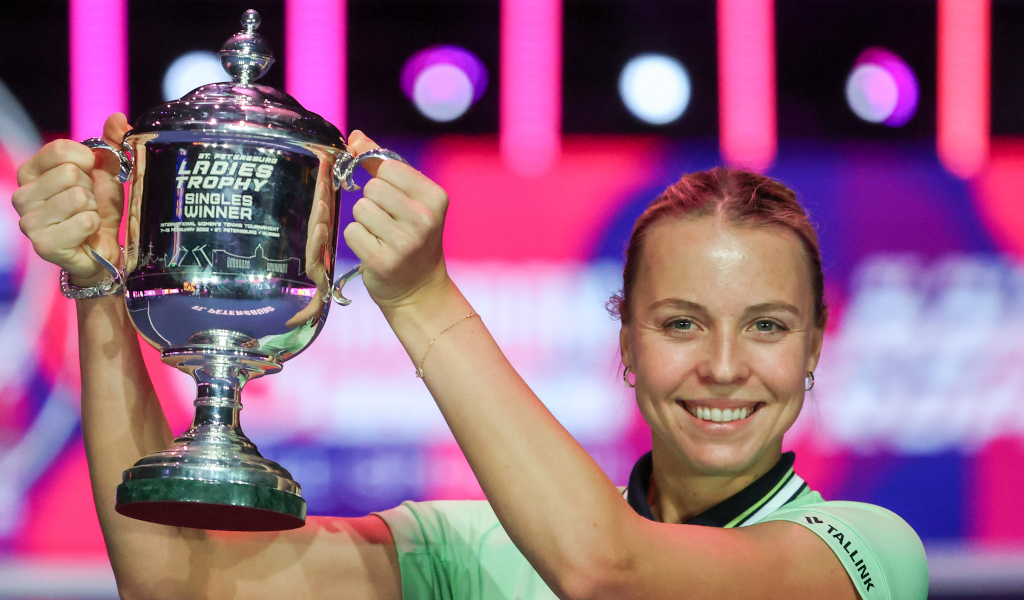 It is 20 not out for Anett Kontaveit on indoor hard courts as the Estonian won a marathon clash against Maria Sakkari to lift the St. Petersburg Ladies Trophy trophy.

The victory over Sakkari earned Kontaveit a fourth consecutive title on the surface while she also rose up to a career-high of No 6 in the WTA Rankings.

Sunday’s final in Russia was anything but easy as the duo battled for two hours and 57 minutes before the Estonian managed to get the job done with a 5-7, 7-6 (7-4), 7-5 victory.

The No.2 seed @AnettKontaveit_ completes her stay in Russia with a title and 20 consecutive indoor match wins!#FormulaTX pic.twitter.com/xk4kNEUNx8

Kontaveit had the early ascendency in the match as she broke in game six and raced into a 5-2 lead, but the Greek claimed back-to-back breaks to take the opening set.

After losing her serve in the opening game of set two, the Estonian drew level in game six and then edged the tie-breaker in a set that lasted more than 70 minutes.

Sakkari again had the early advantage in the deciding set with a break in game two and served for the match at 5-3, but Kontaveit broke and a second break a game later set up the victory.

It was a brilliant comeback for the 26-year-old following a disappointing second-round exit from the Australian Open.

“It was definitely a tough one to take. Of course I was expecting so much more from myself and from this Australian Open,” she told WTA Insider. “I came back home and I worked really, really hard.

“A bit of the pre-season training that I couldn’t do because of the season being so long and having health issues, I managed to do a really good training block and get myself in a little bit better shape.

“I think tennis is great because we get a new chance almost every week.”

Kontaveit joined illustrious company with her 20th consecutive indoor win as she is only the sixth player since after Steffi Graf (43), Monica Seles (32), Lindsay Davenport (22), Justine Henin (22) and Jana Navotna (21) to achieve the feat since 1989.

“I’m very happy to be able to continue this form last year to this year and keep a consistently high level,” she said.

“I think that’s the thing that I’m most proud of because I think I think every time a new year starts, you sort of have these doubts and you’re not so sure how the year is going to go. But I’m really happy that I’ve been able to play good tennis and also have positive results this year.”