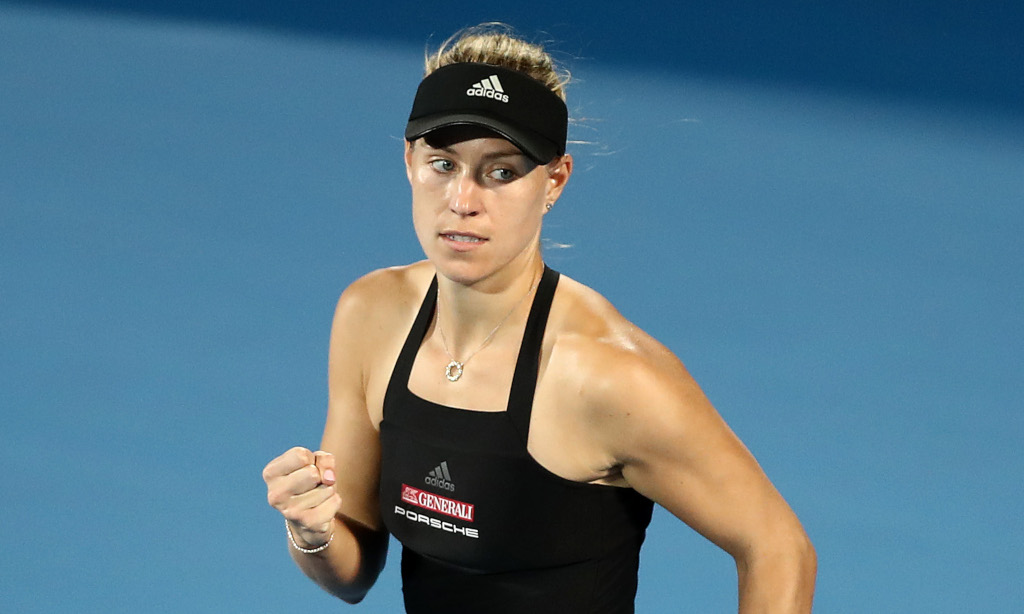 Angelique Kerber and Sloane Stephens were given good workouts at the Sydney International while Garbine Muguruza pulled out of the tournament.

Defending champion and second seed Kerber moved into the quarter-final with a hard-fought 7-6 (7-3), 6-2 win over Camila Giorgi from Italy.

World No 27 Giorgi had a 3-1 lead in the opening set, but Kerber found her rhythm and eventually got back on level terms before winning the tie-breaker.

Giorgi again broke first in the second set for a 2-1 lead, but the German won the remaining five games.

Kerber will face either Petra Kvitova, who beat the in-form Aryna Sabalenka 6-1, 7-5, or Hsieh Su-Wei in the last eight.

In first-round action, Stephens had an even trickier day at the office as she overcame an opening-set nightmare against Russian Ekaterina Alexandrova to win 0-6, 7-6 (7-3), 7-6 (7-3).

“I was, like, it’s not going to get any worse than this,” the American said of the first set. “So it was like I might as well just play.

“Obviously she was playing well. Sometimes when you play a player that’s just playing like that, there is not much you can do.”

Two-time Grand Slam winner Muguruza, though, withdrew ahead of her second-round match against Kiki Bertens.

Muguruza beat fellow Spaniard Carla Suarez Navarro in her opener on Monday, but pulled out on Tuesday with gastrointestinal illness.