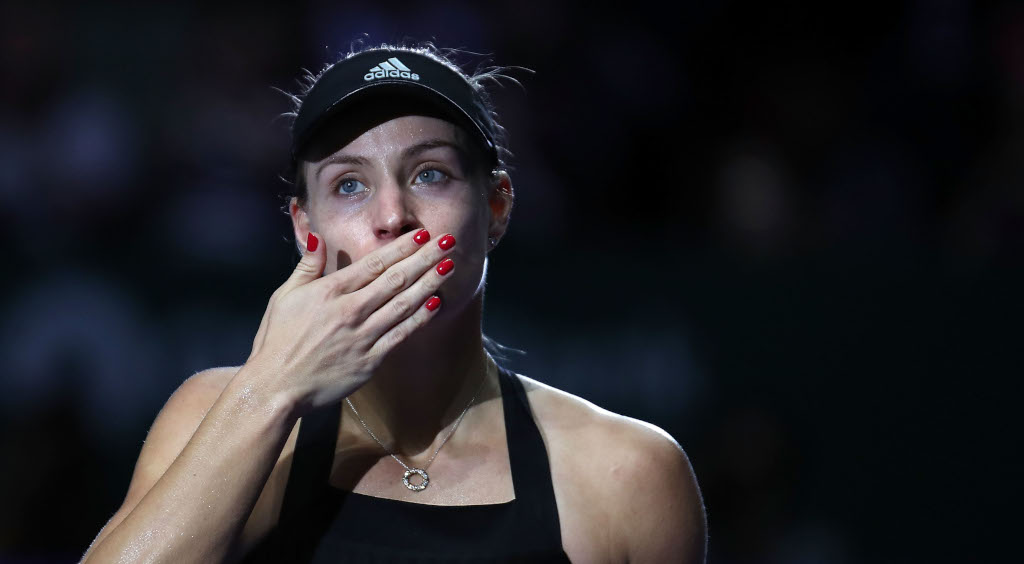 Angelique Kerber kept her hopes of qualification for the WTA Finals last four alive as she beat Naomi Osaka while Sloane Stephens got the better of Kiki Bertens.

Having lost her opening Red Group match against Bertens on Monday, Kerber got back on track with a 6-4, 5-7, 6-4 win in two hours and 30 minutes.

The Wimbledon champion had an opportunity to win it in two sets as she was serving for the match at 6-4, 5-4, but Osaka won the three remaining games to level things up.

A single break of serve in game seven of the decider was enough to earn the German the win.

“Naomi is such a great opponent. She played unbelievable and I think we both played on a really high level tonight,” Kerber said after the match.

“I think that I started really well, and the second set was a really close set. I had my chances, but she played unbelievable in the important moments, and I think it was just one or two points that decided the match.”

Despite her loss, Osaka remains in with a chance of qualifying thanks to former US Open winner Stephens’ win over Bertens.

.@SloaneStephens finishes the match in style as she makes it back to back wins at the @WTAFinalsSG!

Both players struggled on their serves with a total of 14 breaks, but it was Stephens who faired the best in the decider with three breaks to one.

“I just tried my very best from the first point in the third set and it didn’t go my way immediately but I just kept battling,” she said.