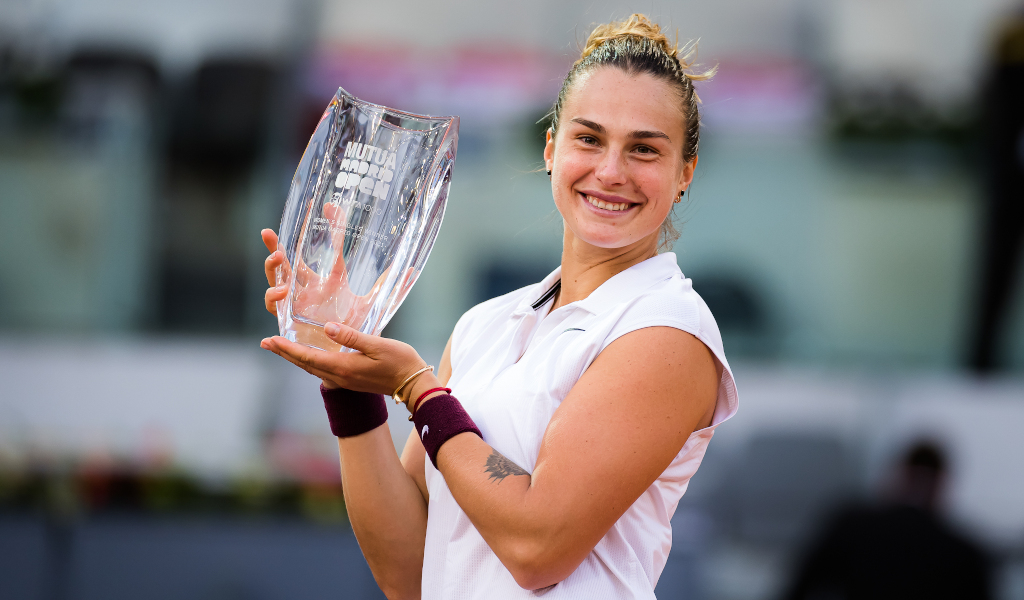 Two weeks ago, Barty came from a set down to defeat Sabalenka in the final of the WTA event in Stuttgart, and it looked as if history would repeat itself when the world number one assumed the momentum going into the deciding set here.

But Sabalenka, one of the biggest hitters on tour, powered her way through the final three games for a 6-0, 3-6, 6-4 triumph and a 10th career title.

It is Sabalenka’s first clay-court title, and the 23-year-old said of her new-found comfort on the surface: “I would say before I was too much thinking about the clay court, that this is a surface not for me.

Barty had not lost a match on red clay for nearly two years since before she won her maiden grand slam title at Roland Garros in 2019.

She had no answer to the power of her Belarusian opponent in the first set here, though, as Sabalenka produced the shots that have seen her tipped as a future slam champion for several years.

Sabalenka appears closer to that than ever now and she will hit a new career-high ranking of four on Monday.

Just as impressive as her first-set dominance was the way she recomposed herself after her level dropped in the second set, refusing to let Barty engineer her way to another title.

The Australian praised her Sabalenka, saying: “She takes the ball out of my court and essentially takes the racket out of my hand when she serves the way she did in the first set. I gave her a few too many looks on second serves. She’s able to dominate and take that away from me.

“There wasn’t much in it. I think I had two or three break points in that third set. She had the same. She grabbed her opportunity, I didn’t grab mine. It’s a pretty fine line.”