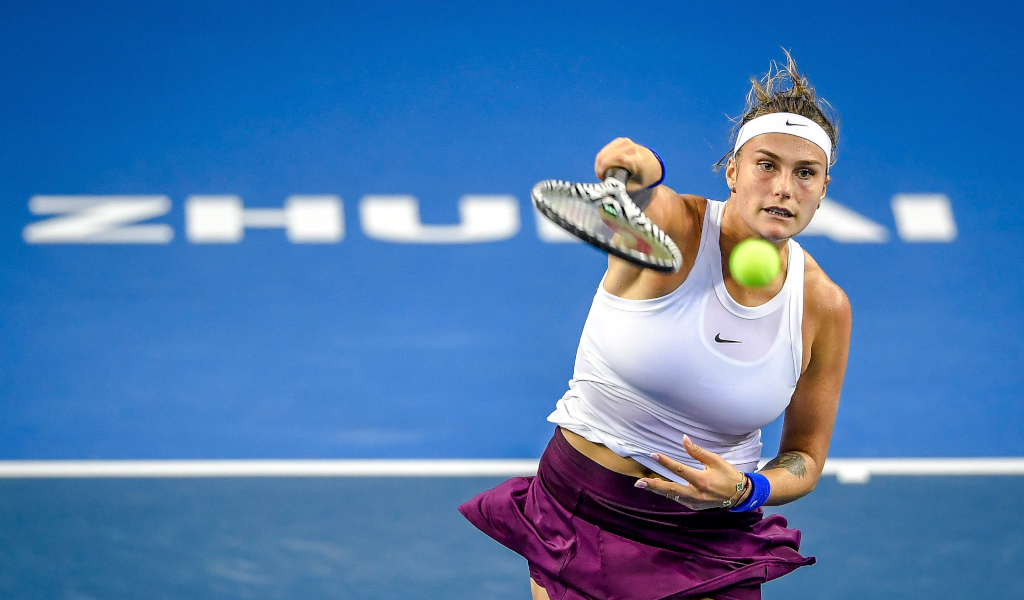 Aryna Sabalenka continued her hot streak in China as she beat top seed Kiki Bertens in the WTA Elite Trophy final to win her third title of the year with all coming in the Asian country.

The Belarusian dispatched Bertens 6-4, 6-2 to add the WTA Elite Trophy to the Shenzhen Open and Wuhan Open titles she won this year.

“For the next season I would like to win somewhere else instead of China,” she said after the match. “But also I would like to keep winning in China. But I’m just really happy with this title and with the finish of my singles season, it’s really impressive.”

After a tight first set, world No 14 Sabalenka got the only break in game 10, but things were a lot more straightforward in the second set as she raced into a 4-1 lead before breaking again in game eight to wrap up the match.

“I think I played a little bit more aggressive the last two times and stayed calm from the beginning until the end,” Sabalenka added.

“That’s helped me a lot to break her serve and to be consistent on the game. I don’t know, I just stayed focused on each point and tried to keep this calm atmosphere inside of me, if I can say it like that.”