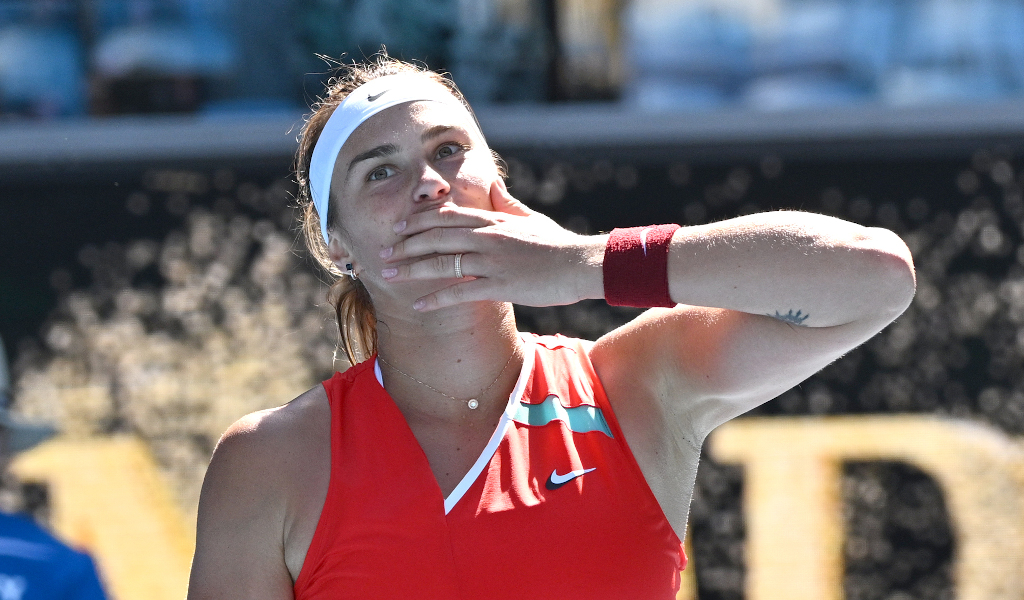 Seven of the eight spots available for the WTA Finals have been filled after Aryna Sabalenka and Daria Kasatkina became the latest players to book their tickets to Fort Worth, Texas.

Maria Sakkari and Veronika Kudermetova will face-off for the final spot of the season-ending tournament on Friday after they both kept their hopes alive with third-round wins at the Guadalajara Open.

🇬🇷 @mariasakkari keeps her @WTAFinals qualification hopes alive by advancing to the Guadalajara quarterfinals with a 5-7, 6-3, 6-3 win over Collins!#GDLOPENAKRON pic.twitter.com/onFElW3fpN

“It was meant to be. It was meant for me and Veronika to be in that spot, fighting each other to get that last spot,” Sakkari said after her win. “I believe we’re both going to be very motivated to get it.

“I think it’s going to be nice for tennis in general, for women’s tennis and for the spectators.”

Their wins, coupled with Madison Keys’ defeat to Victoria Azarenka, meant Sabalenka and Kasatkina secured their spots despite losing. Sabalenka lost in the second round on Wednesday while seventh seed Kasatkina suffered a 2-6, 6-2, 3-6 defeat at the hands of Anna Kalinskaya on Thursday.

World No 73 Kalinskaya will face Marie Bouzkova for a place in the semi-final after the Czech overcame Liudmila Samsonova 0-6, 7-5, 6-3.

Sabalenka, who will play in the season-ending tournament for the second time following her debut last year, secured her spot on the back of finishing runner-up in Stuttgart and Rosmalen while she also reached the semi-final of the US Open.

Kasatkina won the Silicon Valley Classic and the Championnats de Granby while she was also a semi-finalist at the French Open.

The loser of the Sakkari-Kudermetova clash will be the first alternate for the WTA Finals while Keys will be the second alternate.

World No 6 Sakkari added: “We both have good seasons. That’s why we’re fighting for that spot. I don’t care what people say about my season that has been a roller coaster, but all I know is I’m still a Top 10 player. I’m still one of the two players that might get the last spot.”

The winner of that all-American quarter-final will face either Azarenka or Gauff in the semi-final after the latter defeated Martina Trevisan 6-0, 6-3.

READ MORE: Coco Gauff exceeds her 2022 goals as she qualifies for WTA Finals