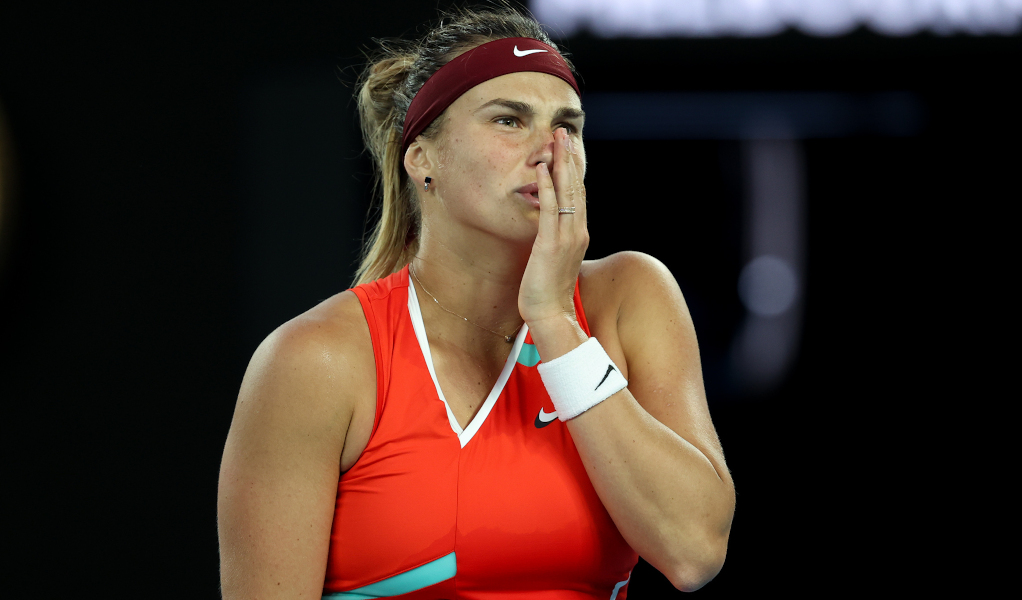 Aryna Sabalenka looked to be a strong shot at defending her Madrid Open crown but couldn’t make the most of the absence of nemesis Iga Swiatek.

Amanda Anisimova was the woman to plot Sabalenka’s downfall, holding off a fightback from the Belarusian to book passage to the second round.

Anisimova defeated Sabalenka 6-2, 3-6, 6-4 in a match that ended five minutes shy of the two-hour mark.

Winless in two previous visits to Madrid, Anisimova was motivated by the challenge of getting past a top player, and stepped up.

“It’s always enjoyable to accept the challenge, even when it’s a tough match, and push yourself and see how far you can go,” Anisimova said on court after her victory.

“I enjoy these matches, even though they’re very tough … especially when you get to win them.”

She might not have won in Madrid, but Anisimova has beaten Sabalenka before and leaned on that experience.

Anisimova advances to a second-round meeting with Croatia’s Petra Martic, who was a 7-6(6), 6-1 winner over Stuttgart semifinalist Liudmila Samsonova.

The American doesn’t expect any easy matches to come her way in Madrid.

“Every match here is going to be tough, so I’m just going to go out and play my tennis, and hopefully, I can get through it.”

The upsets didn’t end with Sabalenka’s exit either as fifth seed Karolina Pliskova was ousted 6-4, 7-5 by compatriot Marie Bouzkova who battled into the main draw through the qualifiers.

Belinda Bencic fired a warning shot with her demolition of Romania’s Irina-Camelia Begu dropping just five games on her way to the second round.

Bencic won the clay season opener in Charleston and is now unbeaten in seven matches on the surface in 2022.

The Swiss star moves on to face Karolina Muchova in the second round.