Aryna Sabalenka stuns Iga Swiatek at WTA Finals: ‘I gave her a lot of easy matches this season’ 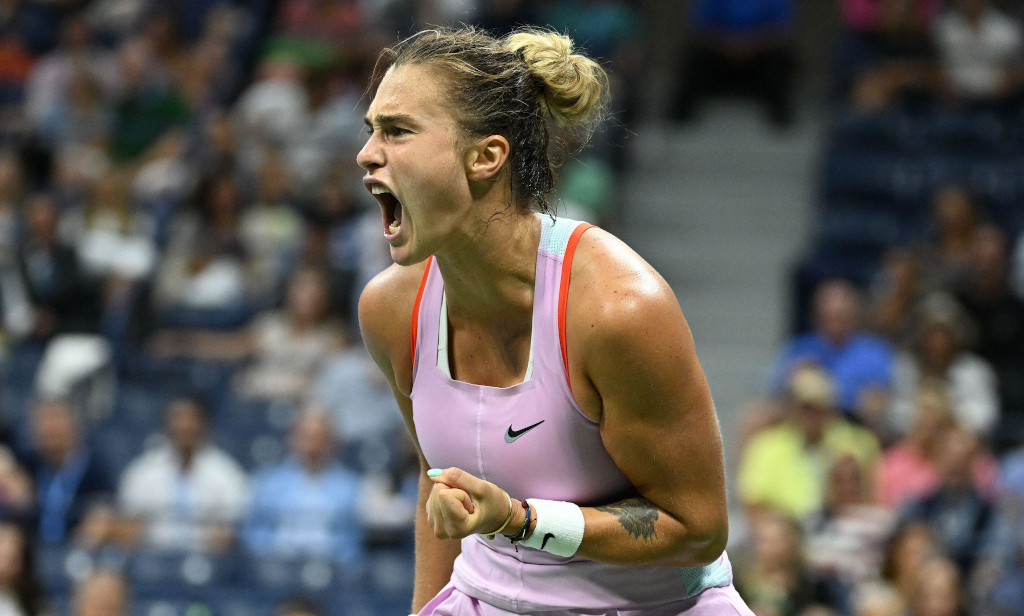 Aryna Sabalenka produced some “unbelievable tennis” to get the better pre-tournament favourite Iga Swiatek and set up a final showdown with Caroline Garcia at the WTA Finals.

Swiatek had dominated the WTA Tour this year – winning eight titles, including the French Open and US Open – and came through the group stage without dropping a set.

The world No 1 had also won all four of her previous meetings against Sabalenka this year, but it was the Belarusian who clinched a 6-2, 2-6, 6-1 win in just over two hours in Fort Worth, Texas.

A triumphant effort 💪@SabalenkaA completes the upset over World No.1 Swiatek, 6-2, 2-6, 6-1 and will now take on Garcia in the championship final! 🏆#WTAFinals pic.twitter.com/pcLHwzf2h3

After saving two break points in the opening game of the match, Sabalenka broke Swiatek only for the Pole hit back immediately. The former world No 2 broke again to lead 3-1. She wrapped up the set with a third break in game eight.

It was a determined Swiatek that came out in the second set as she raced into a 4-0 lead, and although Sabalenka got one break back, the top seed broke again to take the match to a decider.

The seventh seed then put her foot on the accelerator as she broke in games four and seven to ease to victory.

“The only thing I had in my mind was just make her work. And that’s it,” Sabalenka said.

“It’s only because of that I was able to show unbelievable tennis tonight and get this win.”

She added: I gave her a lot of easy matches this season, and I think that’s enough for her. I wanted to make sure that, every time she plays against me, she knows she has to work hard to get a win. It was only because of this thinking that I was able to play such an amazing level tonight.”

She will face Garcia in Monday evening’s final after the Frenchwoman brushed aside Maria Sakkari 6-3, 6-2 in just 75 minutes.

The sixth seed broke in games four and six of the first set, although Sakkari also got a break in game five, and in games one and three of the second set.

“Yesterday, I was a little bit tired – nothing unusual after such a big match,” she said. “This morning, obviously the legs were a bit heavy, but I was just so excited, the emotion and the win yesterday to be playing a semifinal today of the WTA Finals.

“I was feeling very pumped. This morning I talked to my physio [Laura Legoupil] and I said, `I hope it’s going to last long enough to go to the match.'”