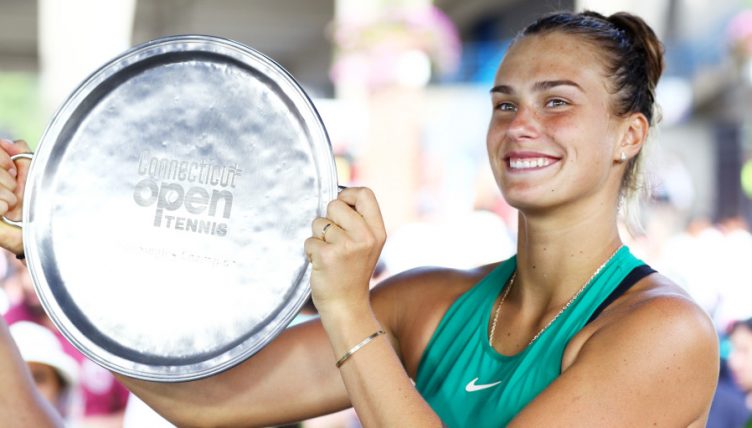 Aryna Sabalenka can call herself a WTA Tour singles title winner after she won her maiden trophy at the Connecticut Open.

The Belarusian proved too strong for Carla Suarez Navarro in the New Haven final on Saturday, winning 6-1, 6-4.

The World No. 25 claims her first WTA singles title! 🎉 pic.twitter.com/87nDFx2woY

The 20-year-old, playing in her fourth WTA Tour final, raced into a 5-0 lead in the opening set on the back of two early breaks of serve and then broke in games seven and nine of the second set, but Suarez Navarro did manage to claim one break back.

Sabalenka, who beat defending champion Daria Gavrilova and Wimbledon semi-finalist Julia Goerges en route to the final, wrapped it up on her third match point.

“I am so happy with my first title,” she said after the match. “This is a great feeling.”