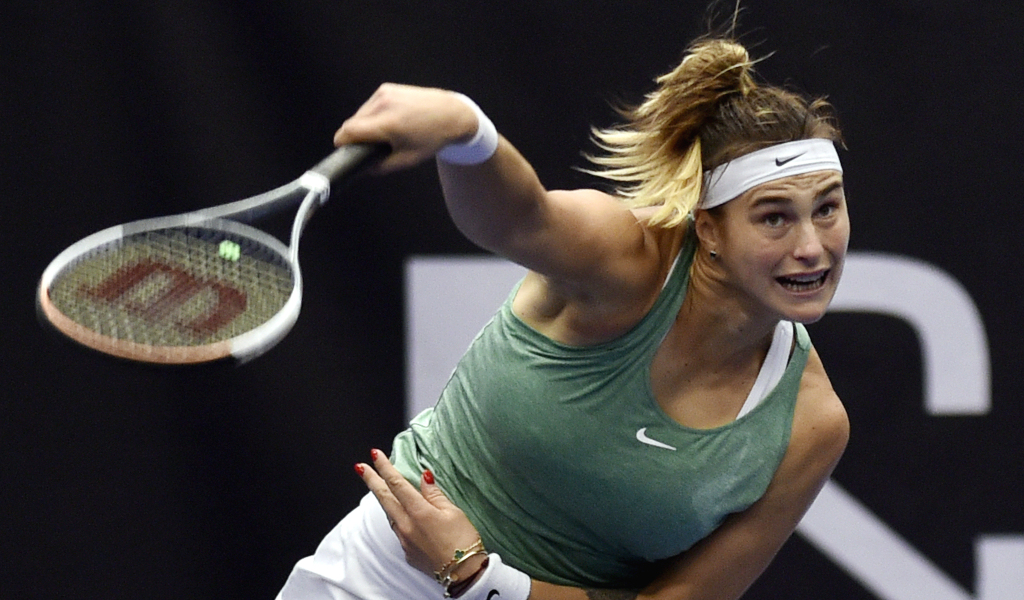 Aryna Sabalenka has been putting in the hard yards on her service game and she reaped the rewards against Jasmine Paolini in the first round of the Upper Austria Ladies Linz.

Playing in the Austrian tournament for the first time, the top-seeded Sabalenka produced a solid display to beat the Italian 6-4, 6-4 in one hour and 27 minutes.

Some ball feeding after her W🎾

Paolini, though, had the initial upper hand as she broke in game four, but the Belarusian broke back twice as she won the final five games of the set.

Sabalenka broke first in game seven of the second set, but Paolini hit back immediately only for the world No 11 to get another decisive break.

“I’ve been working on my service game, and I felt the motion and felt the serve pretty well today,” Sabalenka, who served 11 aces, said. “I’m happy with that. I think the serve helped me a lot today, it was a lot of pressure on her from my serve.”

Eighth seed Bernarda Pera crashed out as she was upset by Aliaksandra Sasnovich as the Balrusian claimed a 6-3, 6-1 victory.