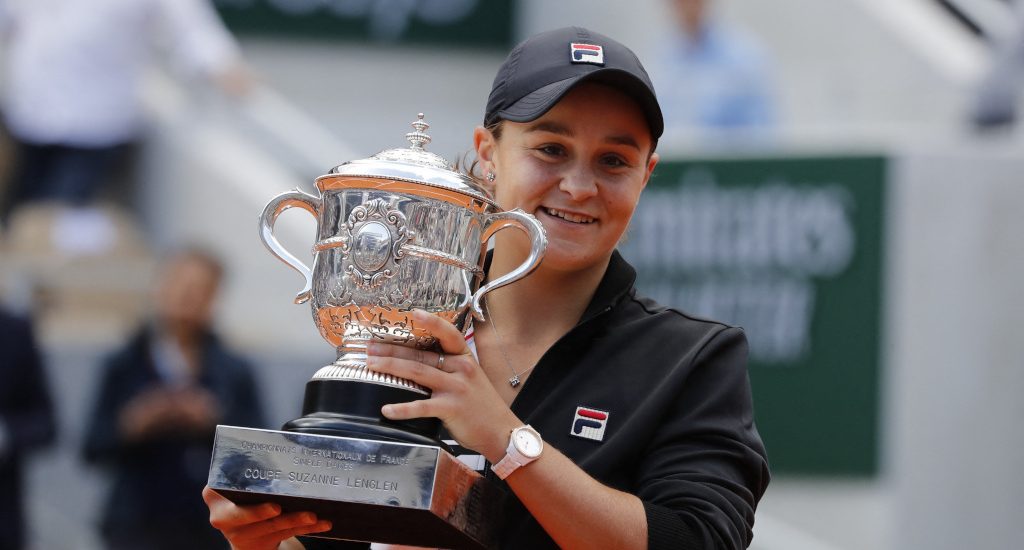 Ashleigh Barty has capped off a memorable year by winning her third successive Newcombe medal – the most prestigious award in Australian tennis.

Barty became the first Australian to win the French Open for 56 years in May, before completing her ascent to world number one just before Wimbledon.

The success kept coming too, with her finishing 2019 with success at the WTA Finals, where she won the title, and became the first Australian to be a year-end world number one since Lleyton Hewitt in 2002.

“It takes a village [to win this],” Barty said. “We’re a big tennis family and I’m very humbled to be here tonight again.

“I’m extremely fortunate to have such an amazing network around me. It’s very special to have mum, dad and my very first coach – Jim – here.

“They gave me the unconditional love and support time and time again in all bad times. In good times, they’re always there and there a few words they said to me: ‘I love to watch you play’.

“Honestly, it’s been incredible and I’m very grateful they’re here tonight to share it with me as well.”

There was further success for the Barty camp, with Craig Tyzzer claiming the coaching excellence performance award.