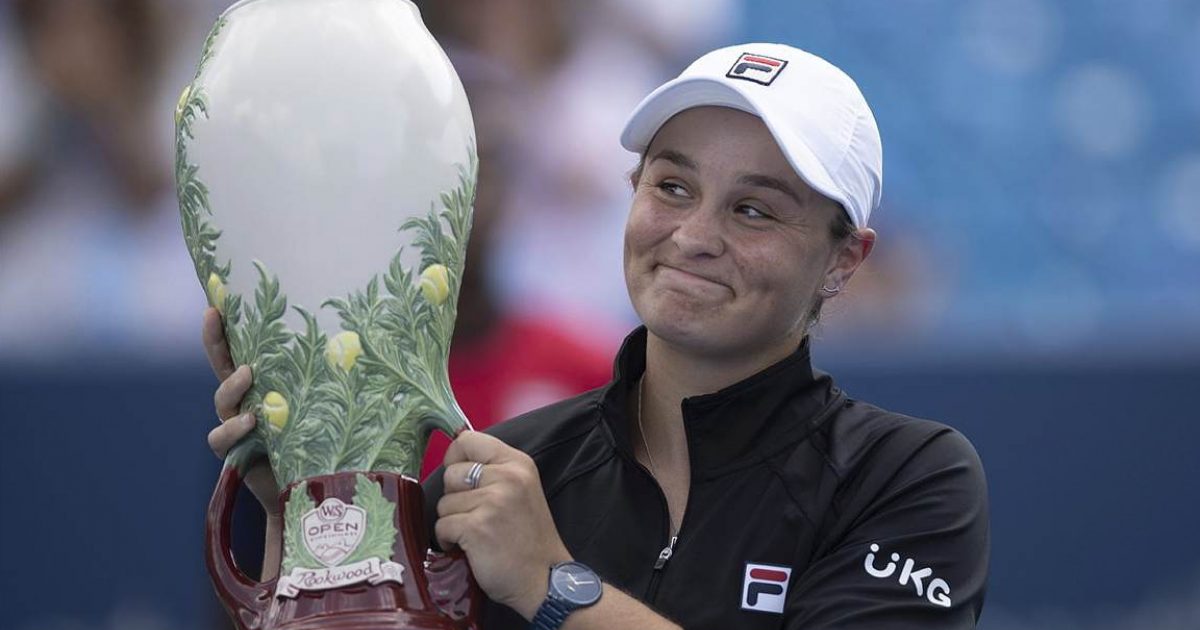 Ashleigh Barty is the player to beat heading into the US Open as she claimed a tour-leading fifth WTA singles title of the year by winning the Western & Southern Open for the first time.

The Wimbledon champion continued her fine run of form as she beat World No.76 Jil Teichmann of Switzerland, 6-3, 6-1 to collect her 13th career WTA singles title in a one-sided final in Cincinnati.

Barty needed just 73 minutes to wrap up the win and she believes her confidence has never been higher heading into the final Grand Slam of the year at the US Open, that gets underway on August 30th.

Adding the iconic Rookwood Cup to her trophy cabinet…

“I feel like I was able to really trust myself and play with confidence, get after the ball, be aggressive and get a bit of a run on, which was going to be important in a big final,” said Barty.

“I think we’re just excited that we’ve got matches under our belt in tough conditions here in Cincy, and that’s put us in really good stead going into New York.”

Her preparations for the US Open look set to follow a tried and tested formula, with success at Wimbledon last month confirming it is a plan that can reap rewards.

“Our practice weeks before Grand Slams are quite normal,” added Barty. “There is nothing fancy, no extra emphasis on anything.

No.1 Ash Barty since returning to the tour after being sidelined for 8 months last year:

And Olympic bronze in mixed.

“It’s just gauged by how I’m feeling physically, how I’m feeling mentally, and we have had a lot of practice now as a team in being able to read each other and what we think is required, and then it’s about going out there for the first round, whether it’s the Monday or Tuesday, and try to do the best that I can. That’s all I can ask of myself.”