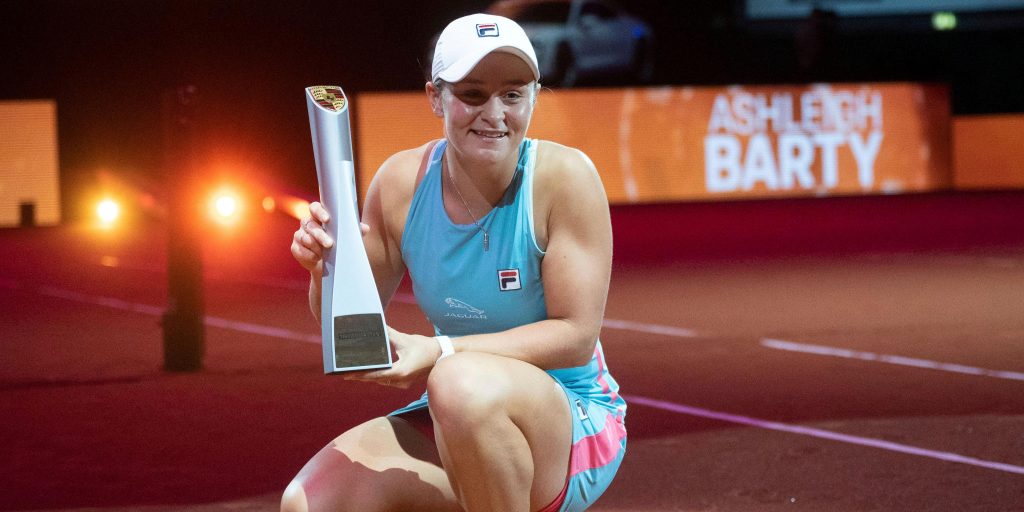 Ashleigh Barty surged to the top of the WTA yearly standings with her third title of the year at the Porsche Tennis Grand Prix in Stuttgart.

Barty came from a set down for the third straight match to beat fifth seed Aryna Sabalenka 3-6 6-0 6-3, extending her winning run over top-10 rivals to 10 successive matches.

Barty did not play a competitive match for almost a year, choosing to stay at home in Australia when the tour resumed last summer, but retained her world number one status due to temporary changes in the ranking system.

When Naomi Osaka followed up her US Open title by winning the Australian Open, it seemed clear the Japanese player was the de facto number one, but Barty has set about showing she deserves her position.

The 25-year-old also won the Yarra Valley Classic in Melbourne and the Miami Open, and the Stuttgart crown – which comes with a Porsche – brought her a second title on clay after 2019’s French Open triumph.

She said on wtatennis.com: “I’m very, very happy for this trophy. I did not expect it, to be honest, so probably I’m twice as glad.”

Meanwhile, world number six Bianca Andreescu has been forced to pull out of the Mutua Madrid Open after testing positive for Covid-19 on arrival in the Spanish capital.

The Canadian wrote on Twitter: “I am feeling good, I’m resting and I’m continuing to follow the health protocols and safety guidelines. I look forward to getting back out on the court very soon.”