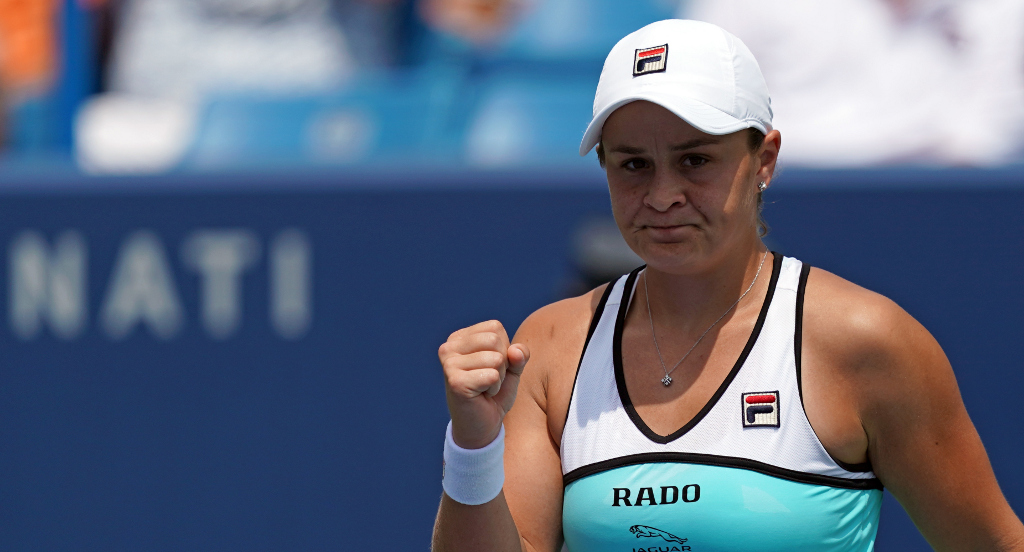 Ashleigh Barty is one win away from returning to the top of the world rankings after she reached the Cincinnati Masters semi-final while No 1 Naomi Osaka and Karolina Pliskova failed to progress.

Osaka only returned to the top earlier this month, but Barty now looks set to replace her again after she produced a good comeback to beat good friend Maria Sakkari in the quarters.

Barty is not focused on the No 1 spot though, instead she is just taking it match by match.

“I’m in the semis for the first time here,” she said. “I’m not thinking of the ranking at all. I’m playing one match at a time. If I can win matches, the ranking will take care of itself.”

She added: “I was more patient in the second and third sets. I served better, hit my spots. She was playing super-aggressive in the first set.

“I made a few simple adjustments, making her play a few more balls.”

The Australian will face Svetlana Kuznetsova for a place in the final after the two-time Grand Slam winner upset third seed Pliskova, who was also in with a shout of reaching No 1 in the world, 3-6 7-6 (7-2) 6-3.

Osaka, meanwhile, produced an up and down display against Sofia Kenin before she was forced to retire in the third set with a left knee injury.

Reigning US Open champion Osaka lost the opening set, but then produced an good second set before she retired with Kenin leading 6-4, 1-6, 2-0.

It will be an all-American semi-final as Kenin will take on Madison Keys, who beat former world No 1 Venus Williams 6-2, 6-3 in one hour and 17 minutes.

“It was nice to see against a really aggressive player like Venus being able to defend as well as I did. Overall, I think I’m pretty happy with almost everything I did tonight,” Keys said after the match.