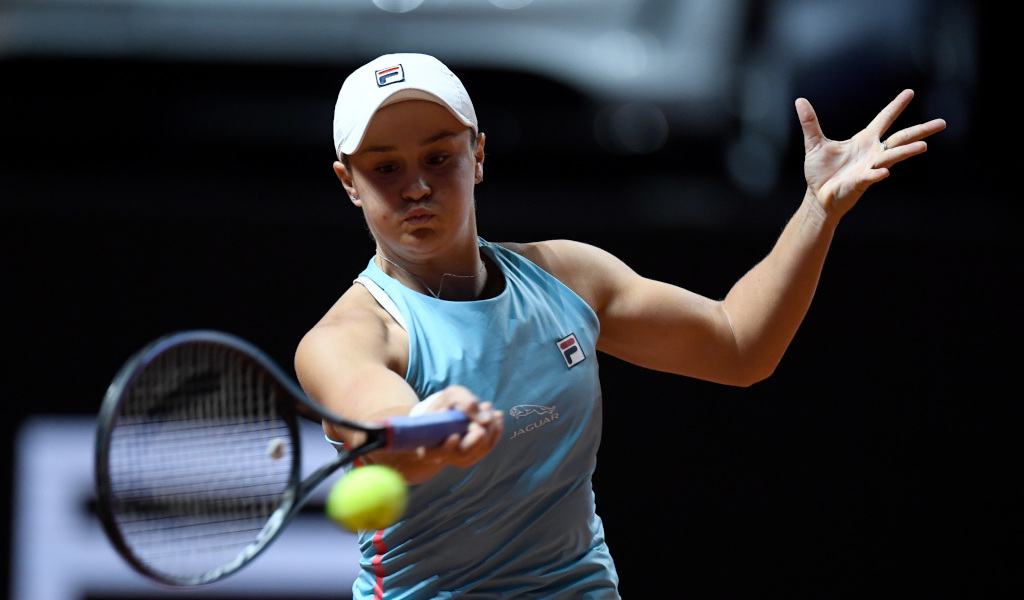 She was “a little scrappy” at times, but Ashleigh Barty was still far too good for Laura Siegemund in the second round of the Porsche Tennis Grand Prix.

Playing in her second clay-court tournament in more than two years, Barty made a blistering start before Siegemund produced a brief fightback in the second set only for the world No 1 to hit back immediately to win 6-0, 7-5.

The 2019 French Open broke three times en route to bagelling her German opponent in the second set, but Siegemund found a foothold in the match as she broke the Barty serve in game three of the second set.

However, the Australian broke back in the next game and then claimed a decisive break in game 12.

“I felt like I had to really find some good stuff tonight, and even though at times it was a little bit scrappy, I felt like it’s going to be on my terms for a lot of that match,” Barty said

“So whoever the first match was going to be, it was always going to be a perfect one in my eyes to get myself into the tournament to enjoy it.”

She will face either seventh seed Karolina Pliskova or former French Open champion Jelena Ostapenko in the quarter-final while two-time Wimbledon winner Petra Kvitova could await in the semi-final.

“I think it was a few factors today I should be proud of,” Kvitova said. “Definitely, one of them is that I stayed there until the end, that I still was fighting even in those games which I didn’t win, even on my service game, even in the second set which I lost. But I think that’s how the effort was, that I was still there, fighting for every point.”

Meanwhile, former Australian Open winner Sofia Kenin tumbled out as the third seed was upset 7-5, 6-4 in one hour and 34 minutes by Anett Kontaveit from Estonia.