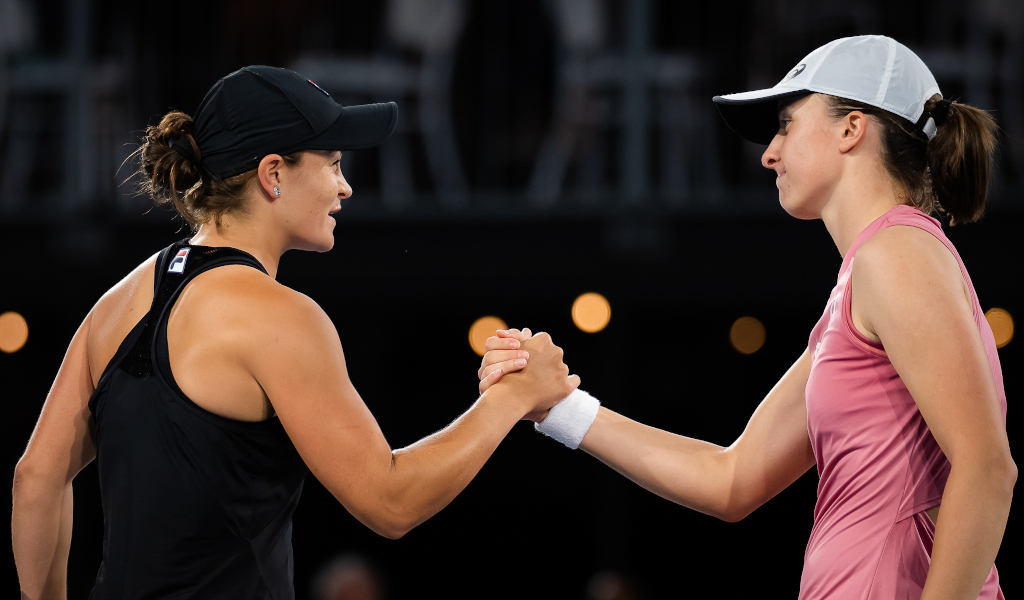 Ashleigh Barty has hailed the depth in women’s tennis, but she admits she was delighted when ‘incredible talent’ Iga Swiatek replaced her as world No 1.

Barty was atop the WTA Rankings when she surprised the tennis world by announcing her retirement from the sport at the age of 25. Although it was a big blow for women’s tennis at the time, Swiatek and several other players have since stepped up to the plate.

Pole Swiatek took over the No 1 spot and she thrived as she went on a 37-match unbeaten run and won six titles in a row, including the French Open.

Three-time Grand Slam winner Barty has nothing but praise for Swiatek while she is also impressed with the strength of the WTA Tour.

“Iga is an incredible talent, an exceptional human and a lovely girl,” the Australian told The Guardian. “I love her and her team, and I couldn’t be more proud that she took over the No 1 position, because she plays the sport in the right way and has so much energy and charisma.

“But the depth in women’s tennis at the moment is great too. We’ve come from having one or two players dominating to there being more unpredictability. And that’s not because the tour is weak. In fact, it’s because the tour is so strong. Everyone in that top 40 to 50 bracket is so exceptionally good that week to week they could all be top-10 players.”

Barty, of course, did not defend her Wimbledon title following her retirement and Elena Rybakina and Ons Jabeur battled it out on Saturday to replace her as SW19 champion, and it was the former who lifted the Venus Rosewater Dish

However, the 26-year-old admits she hasn’t watched too much tennis.

“I didn’t watch this year’s Wimbledon finals,” she said. “Sorry to disappoint. Obviously I was rapt for Ons and Elena, who are both brilliant girls. And it was obviously awesome to see Nick, who I’ve known for over a dozen years, get to the final.

“But since retiring I’ve probably watched as many matches as I did when I was playing, which was slim to none. Occasionally we’ll have it on as background noise but it’s very seldom that I’ll sit down and watch a match from start to end with any interest. I hit enough tennis balls in my life. I don’t need to see others hitting them as well.”