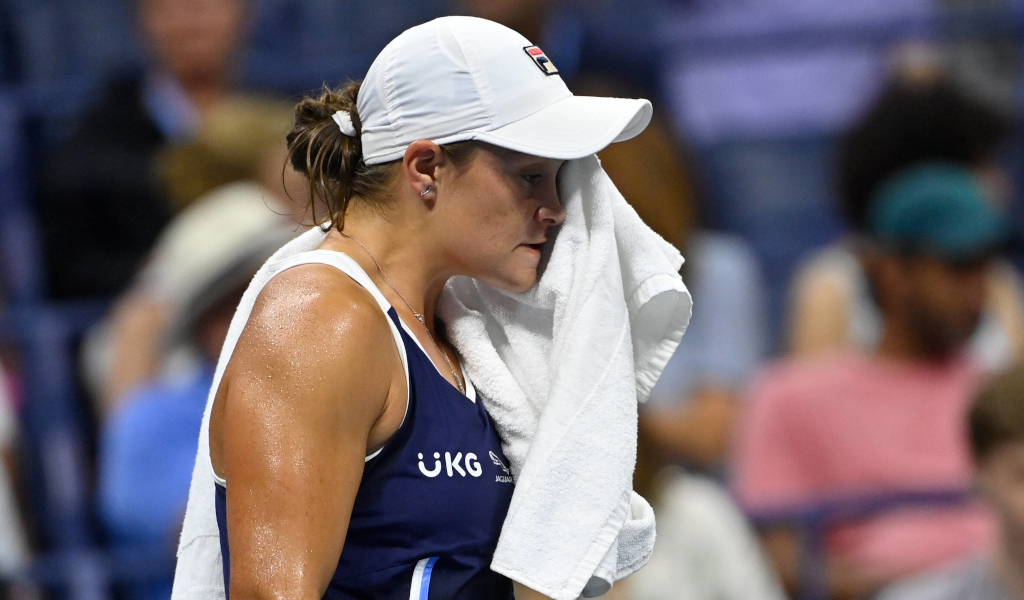 She described her 2021 season as a “grand adventure”, but Ashleigh Barty’s long road trip might well be over with the world No 1 withdrawing from the Indian Wells Masters while there are also doubts over her participation in the WTA Finals.

Barty and her coaching team have been on the road since March and it has been a successful spell away from home as she won the Miami Open, Stuttgart Open, Wimbledon and the Western & Southern Open.

After suffering a surprise defeat in the third round of the US Open, Barty was expected to headline the WTA 1000 event in Indian Wells from October 4, but organisers have confirmed her withdrawal without giving a reason.

World No. 1 Ash Barty has withdrawn from #BNPPO21. pic.twitter.com/9r3ZbQ71EE

The season-ending WTA Finals in Guadalajara is the only other big event remaining on the calendar, but her coach Craig Tyzzer has previously voiced his unhappiness with the decision to move the tournament – originally set to take place in Shenzhen, China – to Mexico due to the coronavirus pandemic.

“We only just found out it’s in Mexico at 1500 metres (above sea level) and they’re using pressure-less balls,” he told the Australian Associated Press.

“Pressure-less balls absolutely fly. It’s a ball that, if you use it in normal conditions, it doesn’t bounce. It’s not the greatest advertisement for the best girls in the world to be playing something they’ve never done before.

“In conditions they’ve never played, in a country they don’t play and at altitude, I just feel it’s ridiculous. As a spectacle, it’s just frightening.”