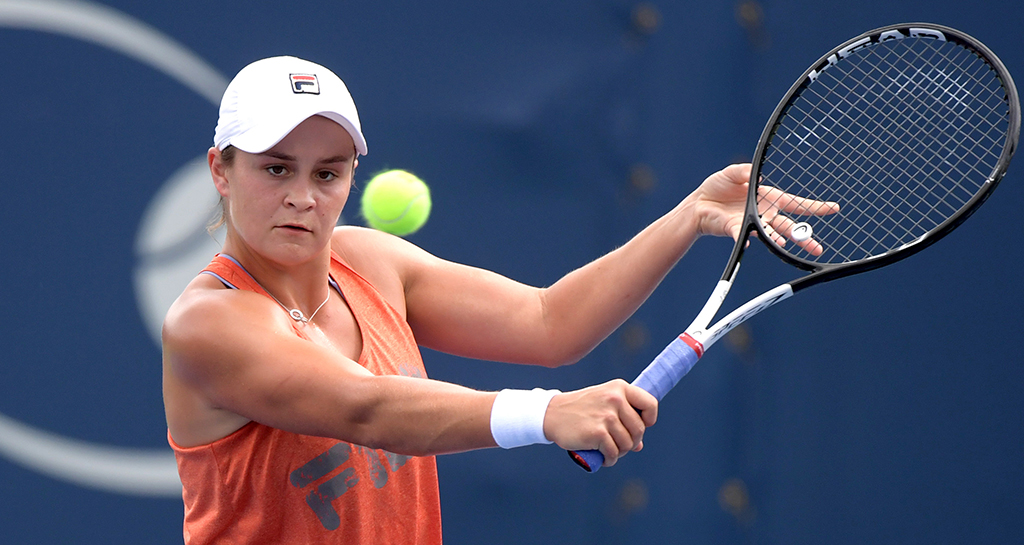 Ashleigh Barty is in danger of losing her world number one spot after she crashed out of the Rogers Cup on Tuesday.

The Australian, who won the French Open this year, has held the WTA Tour top ranking since just before Wimbledon, but her 6-7 (5-7), 6-3, 6-4 defeat to Sofia Kenin has left the door open for rivals to dethrone her.

The result leaves Naomi Osaka needing even just a moderate run in Toronto to reclaim the the world umber one position.

Karolina Pliskova is also in contention, although she will need to make at least the semi-finals this week to give herself a chance.

“At times I was missing by big margins, which is not something that I’m used to or comfortable with but it’s not panic stations,” Barty, who was playing her first match since Wimbledon, told the WTA.

“It’s my first match on hardcourt in a long time.

“It’s very different conditions here and different coming from home, training in winter at the moment, where the ball is a little lower and here it’s quite lively and quick off the racket.

“All in all, I didn’t adjust well enough or quick enough to the conditions how I needed to.”