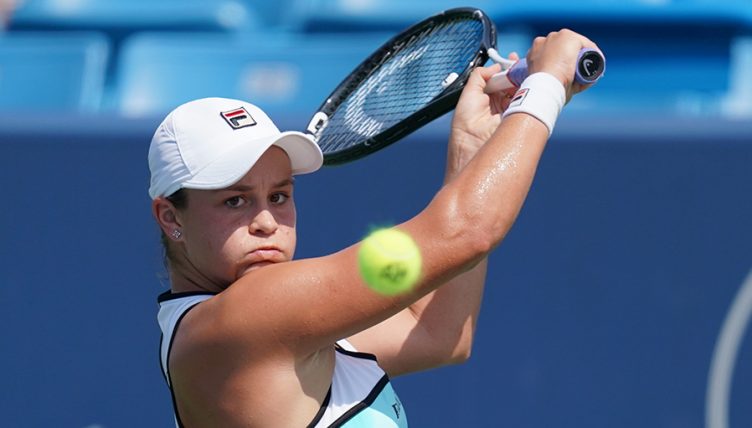 Ashleigh Barty saw her hopes of quickly reclaiming the world number one spot dashed as Svetlana Kuznetsova ended her Cincinnati Open run at the semi-final stage.

Barty lost her top ranking to Naomi Osaka last week, but would have moved back above the Japanese star had she beaten Russian Kuznetsova.

She was unable to do that, though, losing 6-2, 6-4, and it left her to raw a pretty bleak analysis of her week in Cincinnati.

“A week that we battled through,” Barty said. “I think at times I played some good stuff. At times, I played some pretty awful stuff.”

Kuznetsova will face Madison Keys in Sunday’s final, and she is understandably happy with where her game is currently at after a quite difficult time.

“I am really happy,” she told reporters after the match.

WHAT A RETURN!@SvetlanaK27 breaks for a commanding 5-2 lead against #2 Ashleigh Barty!

“I am not really an analyzing person, but on my intuition, I am doing so much better, not repeating so many of my mistakes, just playing smarter and wiser now. It’s been so many different things when I was off, so I just enjoyed time off.

“Honestly, I was not missing at all the travelling and all the stress when you play tournaments, but now I have missed it and I feel good.

“I feel joy staying here and being here. It definitely helped me to have some time off to see other things outside tennis.”