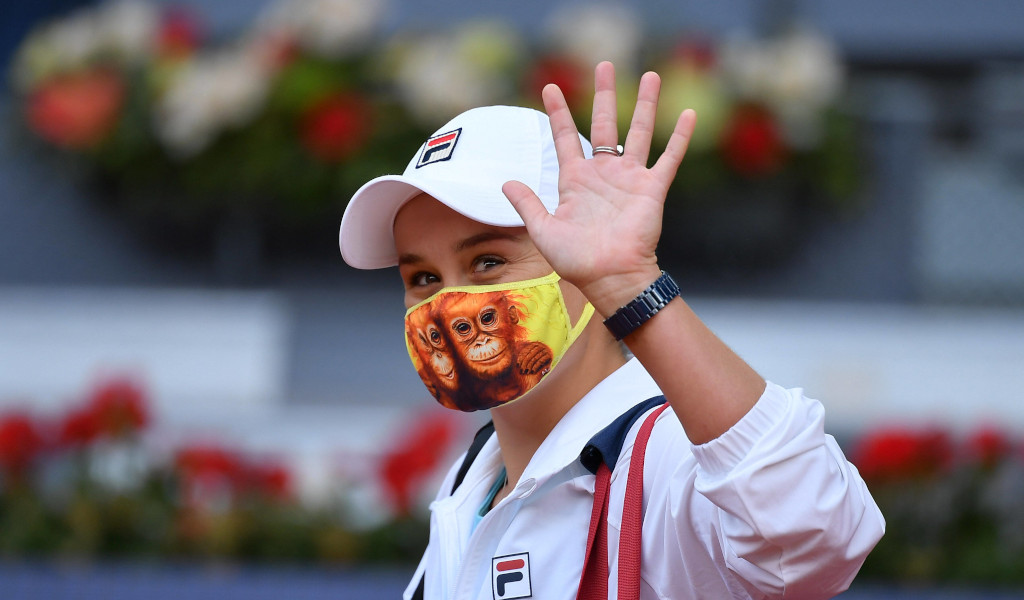 There appears to be no stopping the Ashleigh Barty steamroller as the world No 1 reached her fourth WTA Tour final of the year with a straight-set win over Paulo Badosa.

Barty took her record for 2021 to 25-3 as she notched up a commanding 6-4, 6-3 victory over Spanish wildcard Badosa, who had beaten her in the quarter-final of the Charleston Open just under a month ago.

The win also extended the Australian’s unbeaten run on clay to 16 wins with the record starting back at Roland Garros in 2019.

Sweet 16 for the Barty Party 🥳

Barty broke in game 10 to take the opening set, but Badosa was back in the match in the opening game of the second set with a break of her own. However, the top seed won the next four games to open a 4-1 lead and then served it out.

“You have to learn from every game, every match you play against an opponent,” Barty, who has won the Yarra Valley Classic, Miami Open and Porsche Tennis Grand Prix so far this year, said. “I definitely learnt a lot from the match we played in Charleston. There was a small adjustment. I think just learning from some of her patterns, tendencies that came through and showed through in that match in Charleston.

“I think I was just able to control the court a little bit better. I was able to look after my service games a little bit better, build pressure on return games. That’s a massive part of it: not always winning points, but building pressure. Scoreboard pressure can be a big thing. That was a focus for me today.”

Barty will face either fifth-seeded Belarusian Aryna Sabalenka or Anastasia Pavlyuchenkova from Russia in the final.