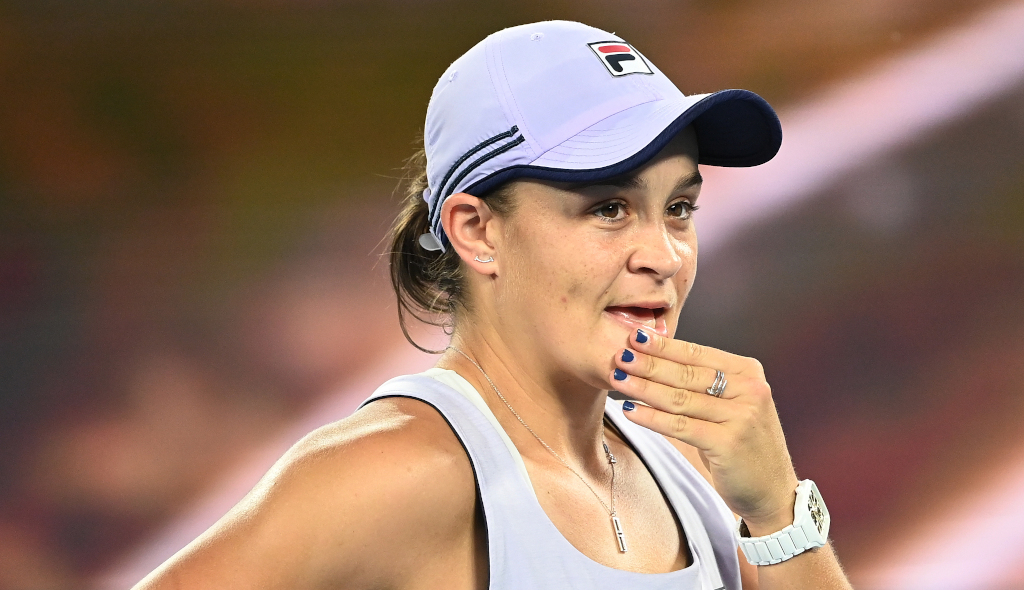 Ashleigh Barty’s defence of her Adelaide International title came to a halt in the second round as the top seed was knocked out by Danielle Collins.

The world No 1 appeared to be in control early on as she broke in the opening game of the match, but then allowed Collins to break in games six and eight to take the first set.

It was a similar story in the second set as the Australian again broke first in game four, but her advantage was wiped out in game seven before Collins got the game clincher in game nine.

Collins reels off another five consecutive games to get her first win over Barty 6-3, 6-4 and reach the quarterfinals!#AdelaideTennis pic.twitter.com/ehQh3Vjkz8

“Danielle was able to control the centre of the court, control the baseline and hold court position – and on a really quick court that’s vital,” Barty said after the match. “She was able to get first strike in on most occasions and particularly when she’s seeing so many second serves.”

She added: “It’s not always going to go your way, you can’t win every single tennis match, but you can sure as hell approach it the right way. And I think for my team and for me, we did that this week. We just didn’t quite get that result that went our way.”

Up next for Collins is Iga Swiatek after the French Open champion beat Australian Maddison Inglis 6-1, 6-3.

“I think my overall physical fitness and strength has gotten a lot better, and that gives me more confidence when I go into long points and I’m being a little bit more patient within the rallies,” Collins said.

“My serve has improved a bit as well – I’m starting to get a few more free points here and there on my serve. That was something that I really worked on a lot during the off-season. I’ve had some days where it hasn’t been as great, but I just try to get back to it and what I’ve been working on. I think those are probably the three biggest areas that I’ve improved the most.”

Second seed Belinda Bencic also booked her place in the quarter-final as the Swiss beat Misaki Doi from Japan 6-1, 6-3 to set up a clash against qualifier Storm Sanders from Australia.