Ashleigh Barty impresses in Miami as she eases into another final 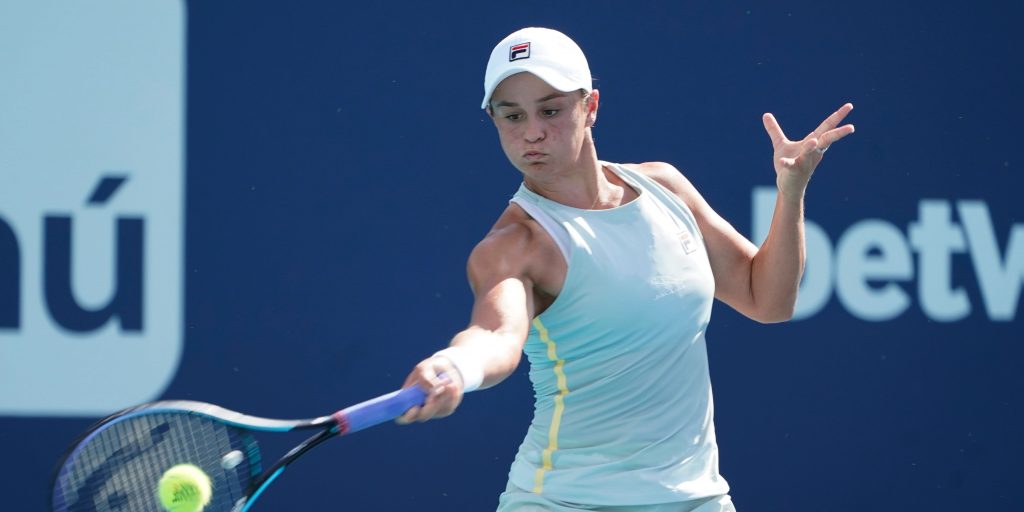 Top seed Ashleigh Barty is back in another Miami Open final after beating Elina Svitolina 6-3 6-3 in convincing fashion.

World number one Barty battled a suspected abdominal injury to beat Svitolina for just the second time, and move closer to retaining her crown in Florida.

Barty will meet the winner of Bianca Andreescu and Maria Sakkari in the showpiece contest.

Back to back Miami Open finals! 🙌@ashbarty secures a spot in the final once again after defeating Svitolina, 6-3, 6-3.#MiamiOpen pic.twitter.com/RdlpKDxCzU

“I think with Elina, you have to produce your best tennis. Happy with the way we were able to execute today,” said Barty.

“Every time you’re on the court you’re able to improve, try to get a little bit better and grow every single day.

Australia’s Barty has been world number one since September 2019, and had already held onto top spot in the rankings after Naomi Osaka’s Miami exit earlier this week.