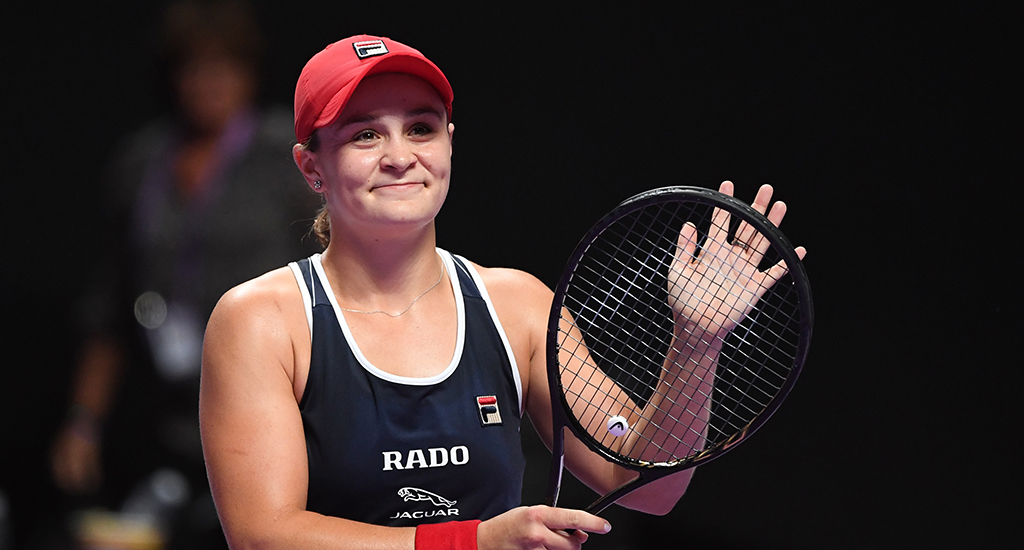 Ashleigh Barty is one win away from capping her incredible 2019 with a WTA Finals win after overcoming Karolina Pliskova in the semis on Saturday.

Barty has had a landmark season, winning her first Grand Slam title at the French Open and ascending to the world number one ranking.

She will now have the chance to add a WTA Finals title to that list of accomplishments after coming from a set down to beat Pliskova 4-6, 6-2, 6-3.

The Australian had a patchy start, with Pliskova forcing seven break points in her first three service games.

Pliskova was able to close out the first set after wasting several opportunities.

But Barty – in the first meeting of the two highest-ranked players in the world since Caroline Wozniacki beat Simona Halep in the 2018 Australian Open final – dominated from that point to extend her lead to 4-2 in their rivalry.

Svitolina, the number eight seed, was 4-1 ahead in the final set when Belinda Bencic retired due to cramping.

The Ukrainian broke at the start of the second set and never again trailed from that point to win 5-7 6-3 4-1 .

“It’s tough to play someone who has been injured, been injured on the court,” Svitolina told wtatennis.com.

Bencic first gave cause for concern when she received a medical timeout while leading 6-5 in the opening set.

“I started cramping in my foot and again in my hamstring,” Bencic said.

“I really didn’t want to retire. I tried. Sometimes, I just tried to make a good serve, play no rallies. It just wasn’t enough.

“I wanted to finish the match. It was not possible. I’m really disappointed about how my body failed me.”