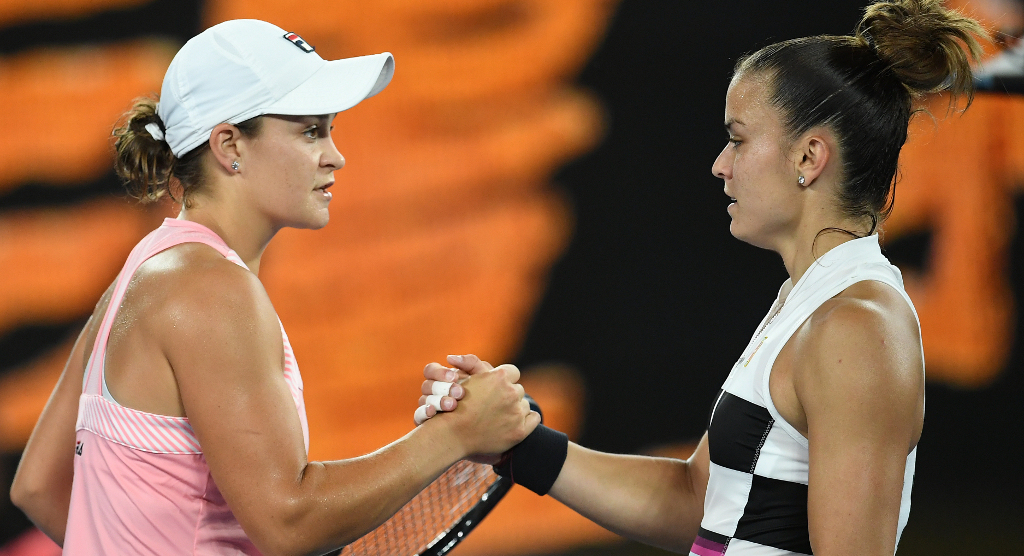 Ashleigh Barty admits she is a big fan of Maria Sakkari, who in turn describes the Australian as “one of the nicest girls” on the WTA Tour.

The good friends will go head-to-head at the Cincinnati Masters with a place in the semi-final up for grabs.

“It’s very tough to compare myself with Ashleigh because for me – and I said this last year in Indian Wells when I beat her – Ashleigh is the best player on the WTA Tour,” Greek Sakkari told WTATennis.com after she beat Petra Kvitova during her run to the quarters.

Of course, Roland Garros champion and former world No 1 Barty also had nothing but praise for Sakkari.

“Maria is an incredible chick,” she said. “She’s really one of my better friends on tour. She’s a lovely girl. I don’t think you can find anyone in the locker room that has a bad word to say about her.

“She’s genuinely a humble, hard-working person. I think when people like that work hard, they’re rewarded. This year she has been rewarded with some fantastic results. I have had some incredible matches with her in the past.

“I think these conditions suit Maria when she can use her kick serve, use her forehand when she has time. I think that’s the challenge for me tomorrow, is to go out there and try and nullify that serve as best that I can and try and be on top of some points.”

Sakkari was asked again about the Australian said after she beat Aryna Sabalenka in three sets to reach the last eight, and was equally complimentary.

“You know my opinion of Ash,” she said. “She’s so cool. Every day, she’s like, ‘Hey mate!’ It’s so different. She’s so chill, and so relaxed. She’s one of the nicest girls in the locker room and on court. It’s very nice to have good people around us.

“We both like to hit with our forehands; we’re not very tall. She uses a little more slice and comes more to the net. I’m more about running and making more balls.”