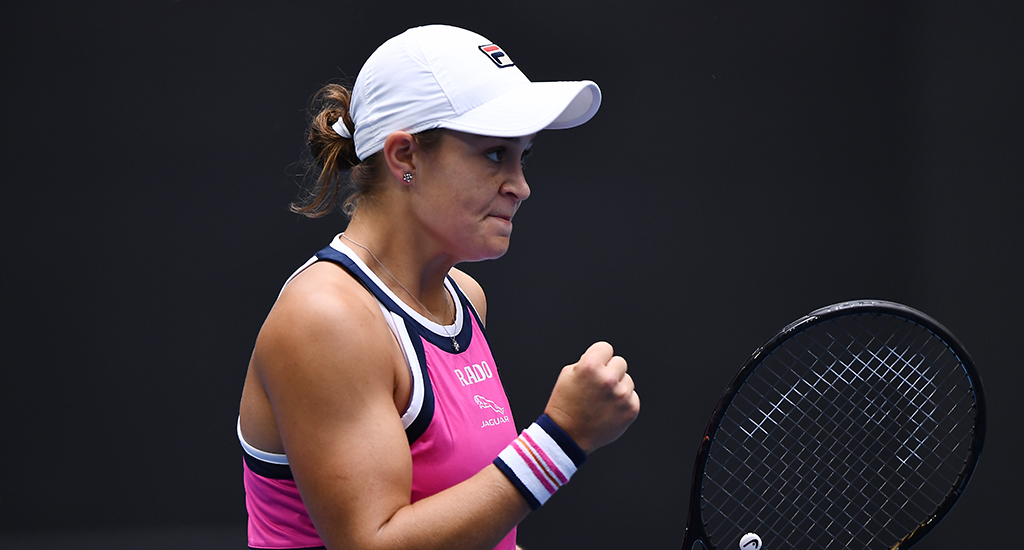 Top seed Ashleigh Barty will finish 2019 as the world No 1 after claiming a hard-fought win at the WTA Finals as third-seeded Naomi Osaka also had to work for her victory in Shenzhen.

Roland Garros champion Barty lost the opening set against Belinda Bencic in the Red Group while Osaka overcame a middle-set slump to see off Petra Kvitova.

Bencic looked the part in the opening set, but her Australian opponent eventually started to click in the second set before easing to a 5-7, 6-1, 6-2 victory in just under two hours.

The Swiss broke in game 11 of the second set, but then Barty started to dominate as she raced into a 5-0 lead in the second set and a 5-1 advantage in the decider.

The win ensures the Australian will end the year as the world No 1.

Two-time Grand Slam champion Osaka was first in action in the Red Group against Kvitova and their titanic battle lasted two hours and 39 minutes before the Japanese player ran out with a 7-6 (7-1), 4-6, 6-4 win.

Kvitova had the early upper hand as she broke in the opening game of the match, but Osaka hit back in game eight before taking the tie-breaker.

The second set was a mixed bag with six breaks of serve with the Czech taking four of those to level it at one set piece.

Osaka then broke twice in the decider to Kvitova’s one break to secure the win and claim her first victory at the WTA Finals.

“I just feel like it’s sort of the last push type of thing. Also I didn’t play well in the Finals last year, so I’m kind of just trying to redeem myself a little bit in that sense,” the 22-year-old, who lost all three her matches in 2018, said.

“Also, I know that somehow this year was better than last year. No matter what happens, I just have to play well and be proud of myself. But I’m here to win, and that’s sort of my goal.”