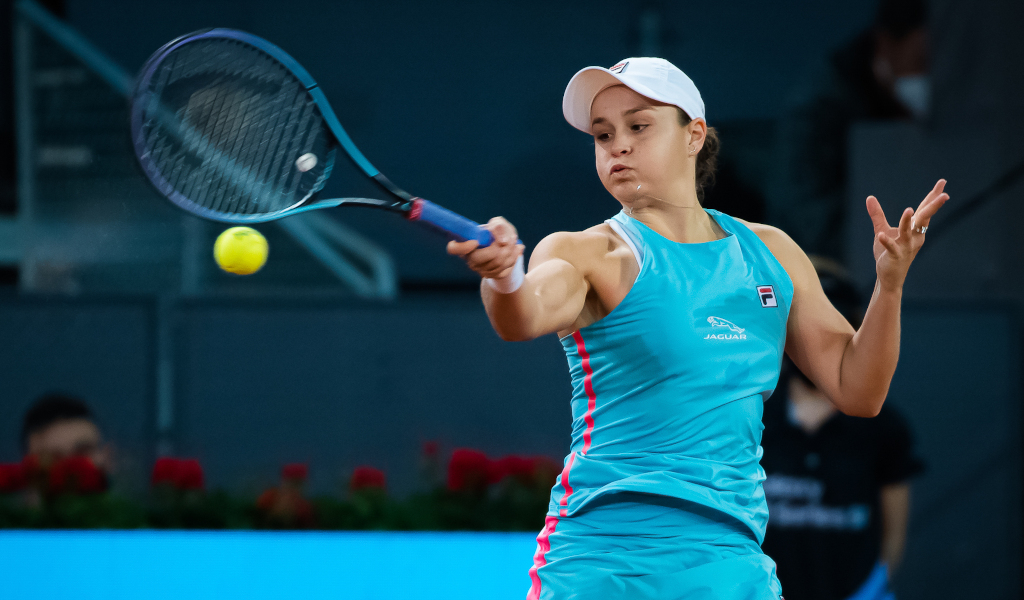 She came out on top of the battle of the two most recent Roland Garros champions, but Ashleigh Barty had nothing but praise for Iga Swiatek after getting the better of the Pole in the third round of the Madrid Open.

Barty started the match on the back of 13-match winning streak on clay dating back to her 2019 French Open victory while Swiatek headed into the encounter having won 18 consecutive sets on the surface.

And Barty proved why she is the reigning world No 1 as she extended her unbeaten run on the red dirt to 14 matches with a superb 7-5, 6-4 victory to book her place in the quarter-final.

Swiatek had the early upper hand as she broke in game two, but the Australian hit back in game five and then edged ahead with another break in game 11.

The roles were reversed in the second set as Barty broke in game three and she never relinquished the advantage.

“I really enjoyed myself out there tonight. I enjoyed the challenge,” the top seed said after her win. “Iga’s game is exceptional. It’s really, really impressive. I love testing myself and trying to figure out the puzzle tonight and the challenges that she created for me.

“I love the way that she plays. I love the way she takes the game on. She plays without fear. I think the way she controls the court, has the ability to move and neutralize from defensive position is very, very impressive.”

“We played on clay, but it was many, many years ago so I’m not counting then,” Kvitova said. “She has a game for clay. She’s sliding. She’s playing lots of slice and everything… She likes clay a little bit more than me probably. I like Madrid. So who knows, right?

“Always playing Ash, it’s great challenge. It will be great matchup. I really will enjoy it. I’m really looking forward for it.”

What a match! 🤩@paulabadosa is the first wildcard to reach the quarterfinals at the @MutuaMadridOpen since 2017! pic.twitter.com/BlxY6IdUl1

“It’s an emotional week. I was very nervous when I started the week because I wanted to do very well here,” Bardosa said.

“I’m quite happy that it’s coming true. It’s really special… I like to play on clay, as I say always. To reach here the quarterfinals at home, it’s very special, in front of my family, my friends, my people. It’s an amazing feeling.”

She will face eighth seed Belinda Bencic for a place in the semi-final after the Swiss advanced when Ons Jabeur retired while down 7-6 (7-2), 4-3.