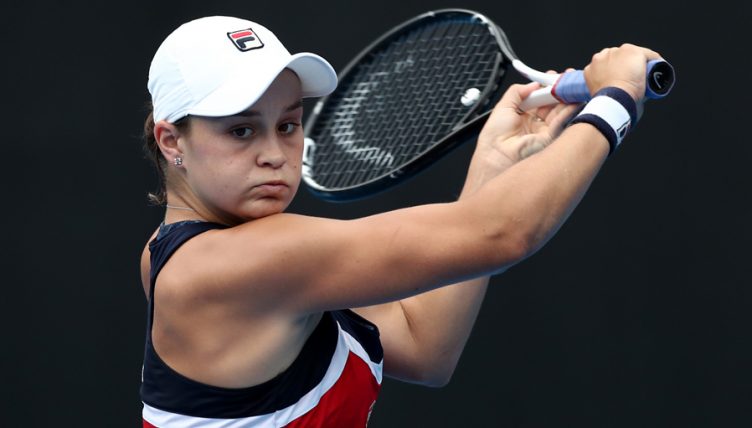 Giant-killer Ashleigh Barty has continued her amazing week in Sydney by beating world number nine Kiki Bertens in the semi-finals.

The Australian’s reached the final last year too, and now adds Bertens to a notable list of scalps this week that includes Jelena Ostapenko, Simona Halep, and Elise Mertens.

“You guys have been talking about the Australian Open. I’ve been trying to talk about here,” Barty said after the 6-7 6-4 7-5 success.

“It truly has been a phenomenal week of tennis,” Barty said.

“I feel like I’ve played great the whole week. I’ve had tough opponents every single round and I’m really excited to have another shot at the title.”

“Both Elise and Kiki were amazing opponents so that I knew I had to be switched on and play my best tennis to win.

“That’s the best part of this tournament. It’s so strong; every single round could be a final.

“So I have to be ready now and then I get to come out and enjoy tomorrow.”

Meanwhile, unseeded Slovakian Anna Karolina Schmiedlova has upset former world No. 7 Belinda Bencic 7-6 4-6 6-2 to be the first player through to the Hobart International final.