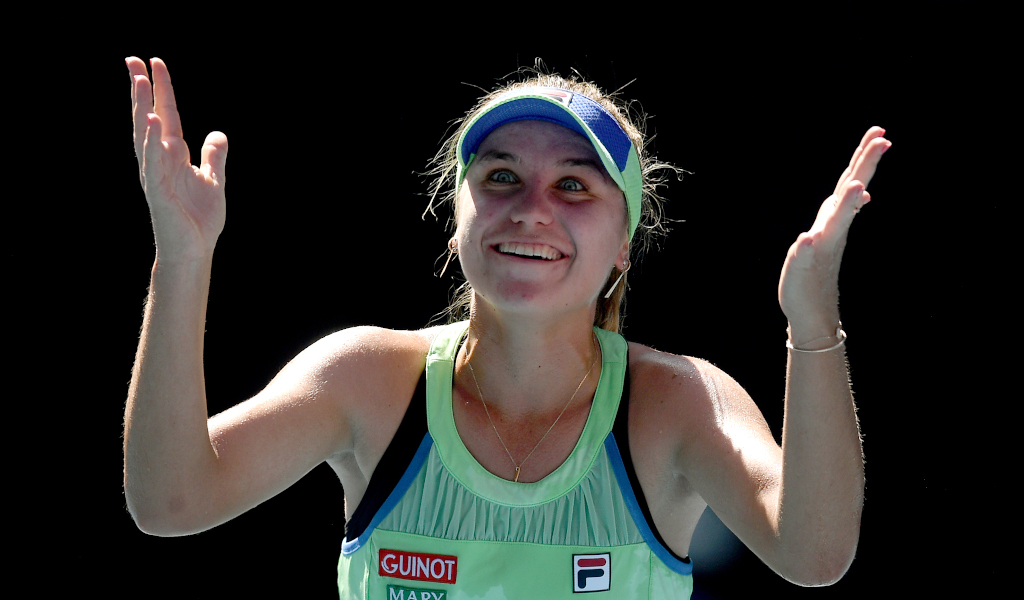 Sofia Kenin’s “honeymoon” on the back of her first Grand Slam title win was cut short due to the coronavirus, but the Australian Open champion is determined to hit the ground running when the season resumes.

The 21-year-old enjoyed a dream start to the 2020 season as she won the Australian Open and followed it up with the Lyon Open title at the beginning of March.

However, tennis came to a shuddering halt as the sport was forced to go on a hiatus due to the coronavirus pandemic.

Kenin says the enforced break was a “disadvantage” as she had good momentum up until then.

“I did not expect that, it was a huge shock,” she told Reuters.

“I would say it was a disadvantage, because I was playing really well and I had a great two weeks and it was very memorable. So obviously it was very upsetting with what happened with this whole virus thing.

“I was just celebrating the moment after winning my first Grand Slam. I thought it was going to be about playing more tournaments, create more experiences, play lot more matches and see all my fans.”

Following a five-month break, tennis will resume this week with the Palermo Ladies Open before a couple of warm-up events ahead of the US Open.

American Kenin says she has been keeping herself in shape ahead of the restart.

“I was working on different aspects of my game. My serve, getting more power in my shots,” the world No 4 said. “I’ve worked (hard) during this mini off-season, I would say. I have been practising every day.