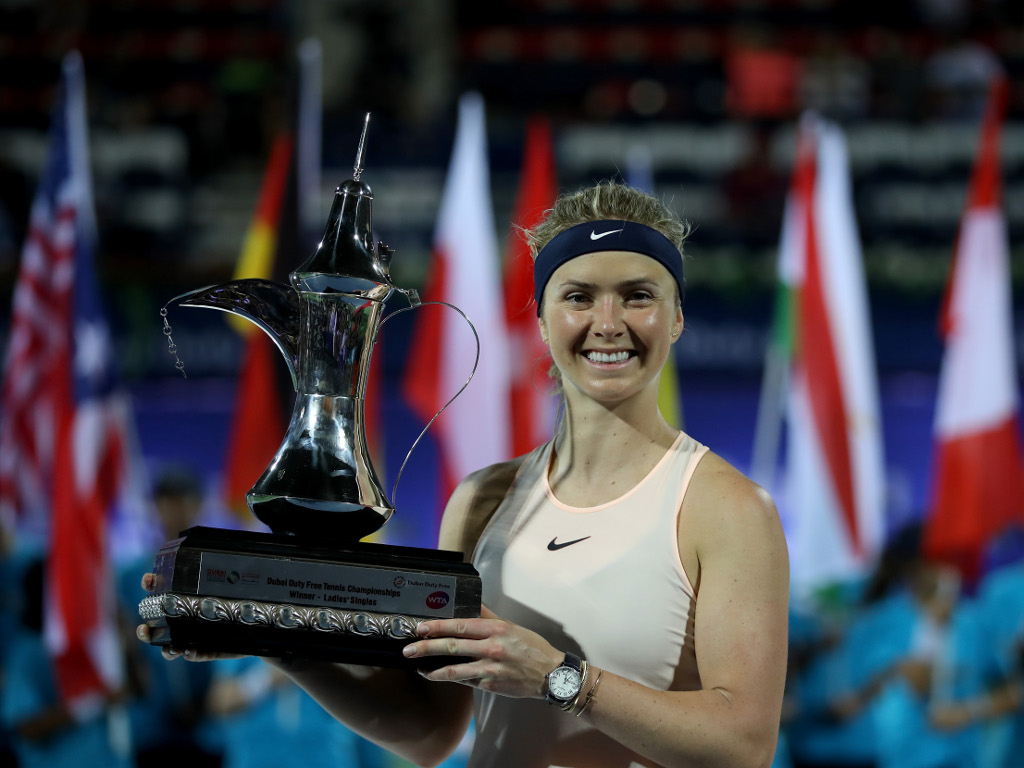 Elina Svitolina successfully defended her Dubai Duty Free Tennis Championships as she brushed aside Daria Kasatkin in the final.

The top seed was too good for the Russian, winning 6-4, 6-0 in one hour and 10 minutes to become only the third woman after Justine Henin and Venus Willliams to win back-to-back titles in Dubai.

World No 24 Kasatkina, who saved three match points in her semi-final against Garbine Muguruza, was broken in the fifth game of the opening set and then Svitolina ran away with the proceedings in the second set to take her record for the year to 14-2.

“I am very pleased with the performance throughout the week,” the Ukrainian said after her win.

“When I had to play well, I played well. I did good at important moments. I was serving good, returning well, getting lots of balls back… Maybe not amazing tennis, but I was pretty solid. It was enough.”

Kasatkina had spent a total of 545 minutes on court before the final, but she refused to blame fatigue on the loss against Svitolina, who had a first-round bye.

“It just happened. It’s okay. If you are a top player, you are getting byes, and you are going through the first round. It is what it is,” she said. “It was tough. I think Elina, she was the toughest opponent for this final.”