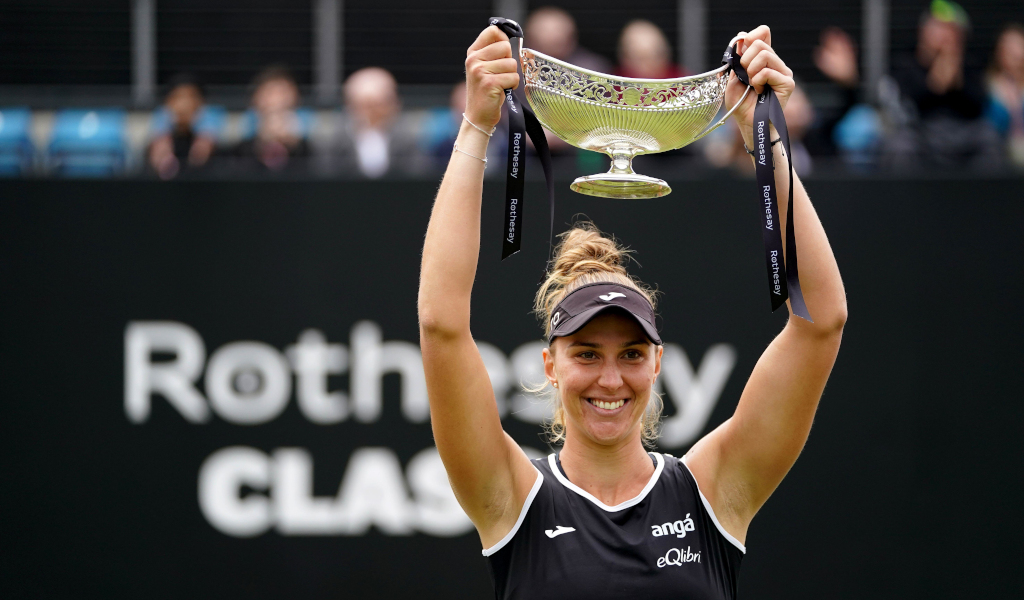 An emotional Beatriz Haddad Maia made it back-to-back grass-court titles when opponent Zhang Shuai retired at the Rothesay Classic Birmingham.

After rain washed out play on Saturday, the semi-finals and final were both held on Sunday, with Haddad Maia and Zhang making it through to the final via tough battles against Simona Halep and Sorana Cirstea, respectively.

Zhang made the better start but Brazilian Haddad Maia, who also lifted the trophy in Nottingham last week, fought back and had taken a 5-4 lead when the Chinese player called for the trainer for treatment to her neck and decided she was unable to continue.

Speaking on court, Zhang, who also played a doubles match indoors on Saturday, said: “It was really tough to play after two-and-a-half-hour singles and also I played already seven matches this week.

“I’m really tired. Really tough to play indoor hard court and back to grass. My body is not working any more. Sorry.”

Haddad Maia will climb to a career-high ranking of 29 on Monday, meaning she will be seeded for Wimbledon, and she tearfully paid tribute to her team.

In 2020, the 26-year-old was given a 10-month doping ban despite a panel accepting her positive test was the result of a contaminated supplement and that she bore no significant fault.

Haddad Maia said: “We came from a title last week and it wasn’t enough. They were pushing me, trying to break the limits and be stronger every single day. I wouldn’t have this trophy without them.

“Nobody knows what we went through the last two years. It was something that I couldn’t explain. One year ago I was playing a final in a (bottom tier) 25K (tournament).

“If I didn’t have this power, this determination, it would be impossible. I’m really happy that I’m here with everybody here watching me play. Everything I passed through in my life just made me feel stronger.” 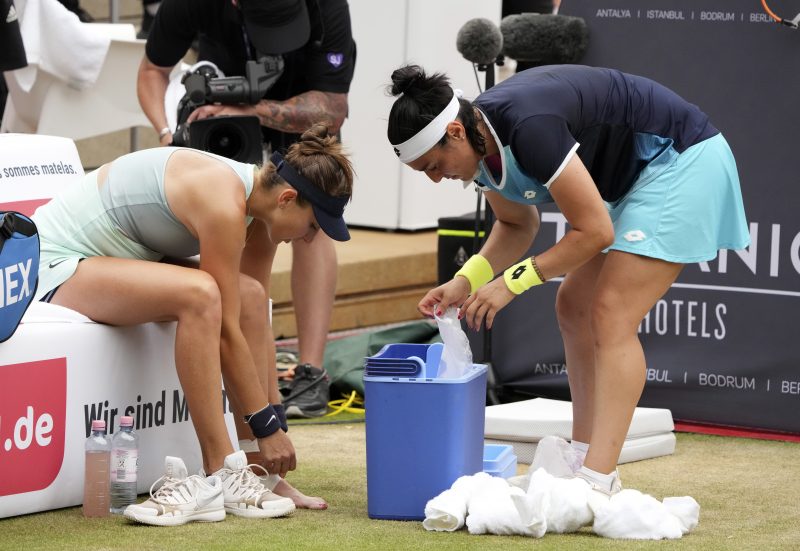 There was also a retirement in the final of the Bett1 Open in Berlin, where Belinda Bencic sustained an ankle injury in the final game of the first set against Ons Jabeur.

Bencic carried on for three games of the second set but then decided to throw in the towel, with Jabeur leading 6-3 2-1.