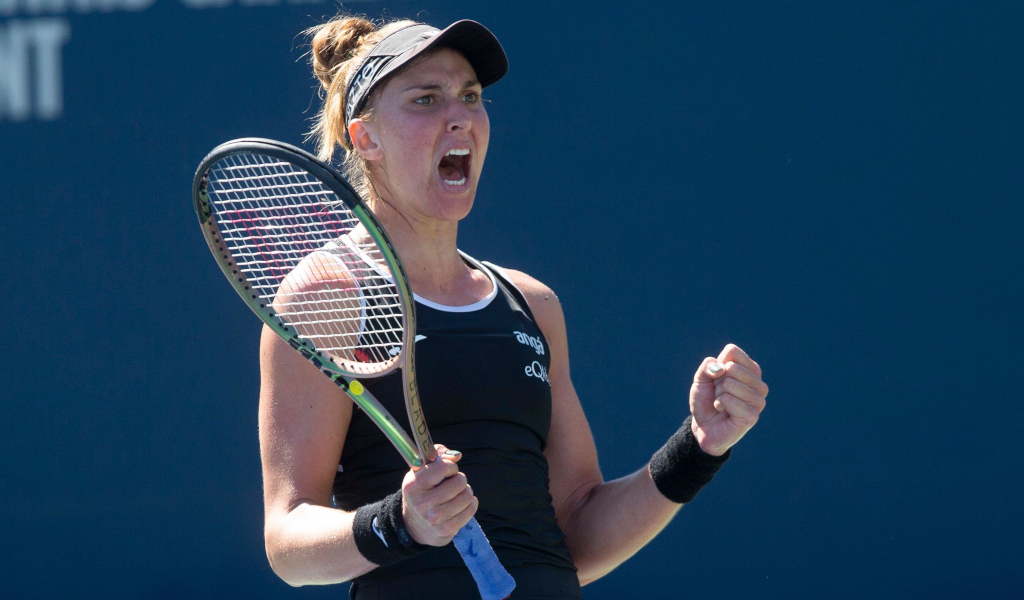 Beatriz Haddad Maia notched up a couple of milestones at the Canadian Open on Thursday as she not only claimed an upset win over world No 1 Iga Swiatek, but she also became the first Brazilian to reach a WTA 1000 quarter-final.

The Brazilian has enjoyed an incredible season as she won her maiden WTA singles title at the Nottingham Open in June and followed it up with the Birmingham Classic the week after.

She also reached the semi-final in Eastbourne and has surged up to No 24 in the rankings on the back of those runs.

On Thursday she claimed the biggest match win of her career as she stunned reigning French Open champion Swiatek 4-6, 6-3, 5-7 in a three-hour contest in Toronto.

The left-handed Brazilian was brilliant on her own serve and often had Swiatek under pressure with her return game. The world No 1 saved a break point in game three, but Haddad Maia was not to be denied two games later as she went 2-3 up and eventually served it out.

The second set started with a 15-minute service game from Swiatek that had 40 points before the Pole held and it gave her some confidence as she broke in game six.

The deciding set started with a couple of breaks and the duo again shared breaks midway though the set. Haddad Maia then upped the ante in game 10 as she had a match point on the Swiatek serve, but the two-time Grand Slam winner saved it and won the game.

After a solid hold, the Brazilian again had Swiatek under all sorts of pressure on her own serve and eventually won on her fourth match point to become the first female Brazilian to win a match against the world No 1 since 1984.

“I had a lot of tough moments in my career,” Haddad Maia said. “I have already had four surgeries and I’m only 26 years old. So when I have special moments I try to enjoy. Because sometimes we think, Oh, no, I’m not that happy. I’m not that, I don’t think about winning.

“I think at the beginning I struggled to find my rhythm on the court,” she said. “Probably because she’s lefty and I had a hard time adjusting to her serve. And plus the wind. I think without the wind I would manage. But it was pretty crazy out there.”

Up next is Belinda Bencic after the 12th seed from Switzerland beat eighth seed Garbine Muguruza 6-1, 6-3.