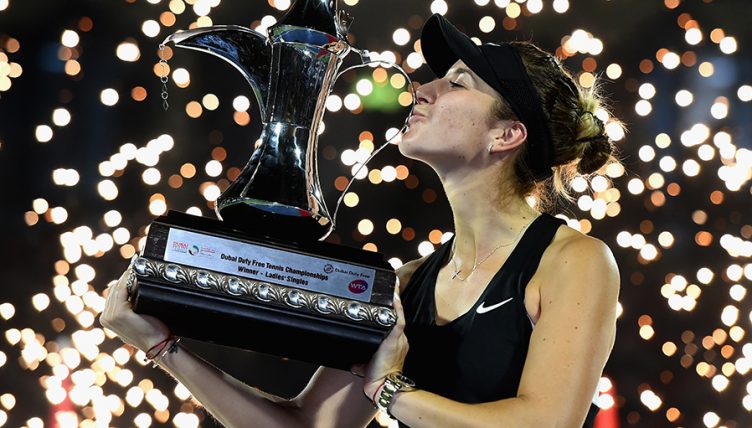 Belinda Bencic has won her third WTA title after upsetting world number four Petra Kvitova in the final of the Dubai Championships.

The 6-3, 1-6, 6-2 success completes a stunning week for the Swiss, who beat four current top ten players en-route to claiming the title.

“This is amazing. I just tried to put as many balls back as possible to create pressure,” said Bencic.

“I feel great. We worked a lot on my fitness, so maybe that was the secret.

On her incredible run of impressive scalps this week, Bencic added: “I’m not coming into this tournament thinking about winning at all.

“It’s really seeing who I play first round. You just see the first round, and try to win that.

“After I beat Stefanie Voegele, to be in the third round, the tournament was great for me, solid.

“To beat Sabalenka was a bonus. I didn’t have to beat her. She’s Top 10, she had the pressure.

“I have huge respect for Petra because she’s amazing player.

“She’s such a champion. I really didn’t believe all the match that I can beat her.

Bencic has decided to celebrate in an conventional way before heading home, with a skydive!

“Skydiving is on my to-do list. We have to do it anyway in my life. We can do it now.

“It’s the first thing we will do in the morning.