Belinda Bencic finally gets the better of Leylah Fernandez: ‘It doesn’t have to be pretty’ 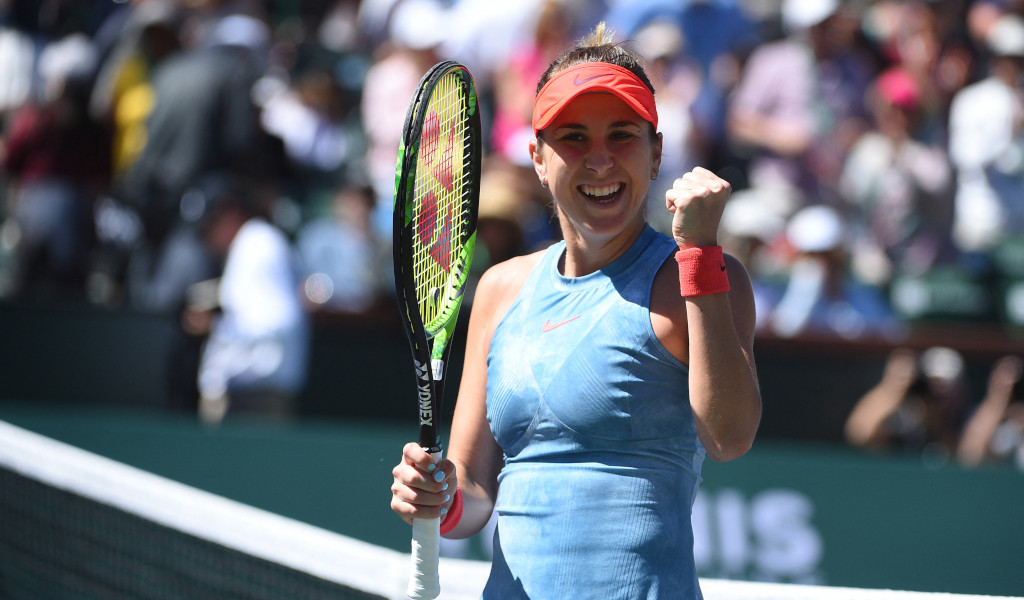 Belinda Bencic notched up her first-ever win over Leylah Fernandez as the Olympic champion battled to a three-set win at the Guadalajara Open while Bianca Andreescu found the right balance against Jil Teichmann.

Tenth seed Bencic was given a tough opener at the WTA 1000 event against Fernandez, a player she lost against in their previous two encounters – the last coming at Roland Garros earlier this year.

Bencic broke in game three, but the Canadian was back on serve in game eight and then had three set points in game 10. However, Bencic had the last laugh in the set as she broke again in game 11.

After trading breaks in the second set it went to a tie-breaker and Bencic initially dominated and had five match points, but Fernandez held firm and eventually levelled it at one set each.

Bencic then had the early advantage with a break in game two of the decider, but they were back on serve in the following game only for the Swiss to get the crucial break in game six.

Holding strong 💪@BelindaBencic picks up her first win over Fernandez and needed three sets to do so!#GDLOPENAKRON pic.twitter.com/Fycm4ZCRaC

“I think every match with Leylah will be, and is, very close,” Bencic said. “She’s playing very good and it’s tough to find the rhythm against her. I’m happy I learned something from the last time I lost.”

She added: “I felt like I had a good game plan but it was tough to execute it with the conditions. I’m happy for the first match that I’m through. It doesn’t have to be pretty.”

Up next is former US Open champion Sloane Stephens after the American defeated Czech qualifier Linda Fruhvirtova 6-2, 6-0.

In the same quarter, 2019 US Open winner Andreescu secured a confident 6-2, 6-4 win over Teichmann in one hour and 20 minutes, claiming three breaks in the first set and two in the second although the Swiss broke once in each set.

“I definitely like the atmosphere here. I think the altitude helps me in a way, especially when I’m hitting winners,” Andreescu said. “I feel like it just drags [the ball] around, which I actually like. I just wanted to come out, stay positive and give everything I have.

The Canadian added: “I’m very happy with the consistency. Sometimes, I could’ve went for more, but I chose to be a little bit more safe. I didn’t want to go for too much … there’s a good balance. I think my serve went really well today, my return, and just fighting until the end, as well.”

She will face two-time Wimbledon winner Petra Kvitova for a place in the third round after the 16th seed claimed a 6-3, 7-5 win over American Bernarda Pera.

Read More: Race to Fort Worth – Six women who have to win in Guadalajara