Bianca Andreescu holds off Amanda Anisimova, hopes to be on her ‘A-game’ against Garbine Muguruza 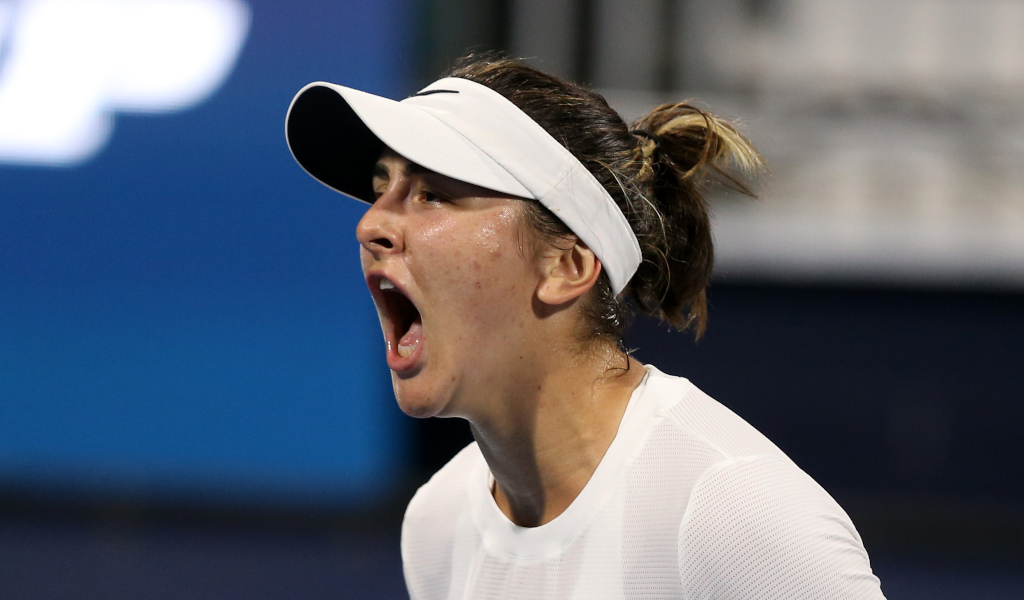 In a contest that was just 15 minutes shy of three hours, Bianca Andreescu had to battle her way past Amanda Anisimova at the Miami Open to set up a fourth-round clash against Garbine Muguruza.

After no breaks of serve in the opening set won by the Canadian on the tie-breaker, there were four breaks in the second set before Anisimova drew level through a second tie-breaker.

The only break in the decider came in game five.

“My game, I know that it can be better, but I’m trying to find ways to push through on my off days, and I think I’m doing that well,” Andreescu said after the match.

The 2019 US Open champion will face fellow Grand Slam winner Muguruza for a place in the quarter-final after the 18th seed beat Russian wildcard Anna Kalinskaya 4-6, 6-3, 6-4.

Meanwhile, 2020 US Open winner Sofia Kenin crashed out as the American was beaten 6-4, 4-6, 6-4 by Tunisian Ons Jabeur, who will face Sara Sorribes Tormo in the fourth round.

Her third career win over a Top 5 player! 🙌@Ons_Jabeur defeats Kenin for the first time in her career, 6-4, 4-6, 6-4.#MiamiOpen pic.twitter.com/6BGAdf0yDo

“It was an amazing match today. Honestly, I tried to play my game and play to take my revenge because I’ve been losing a lot against Sofia,” Jabeur said.

“She’s such an amazing player, but I was there, I was confident, I wanted to win and really play well and play my game. I’m so proud that I won today. It’s been amazing here in Miami. I’ve been practicing hard… and I’ve just been trying to get back to the best game that I can be playing.”