Bianca Andreescu does it again as she beats Angelique Kerber, Petra Kvitova advances 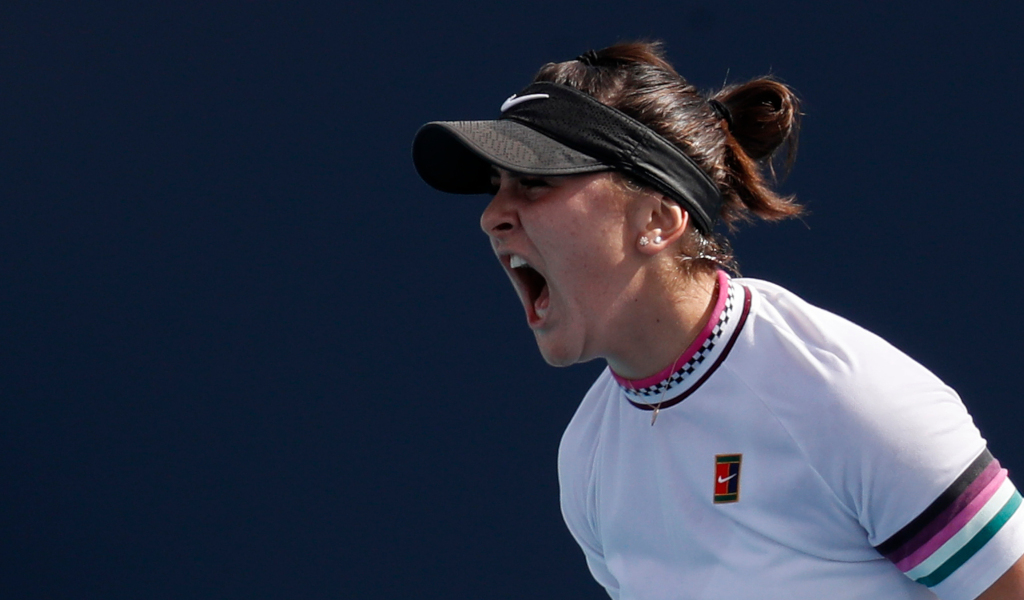 The Bianca Andreescu juggernaut rolls on as the teenager made it back-to-back wins over Angelique Kerber to reach the fourth round of the Miami Open.

Andreescu and three-time Grand Slam winner Kerber met in the final of the Indian Wells Masters last week and it was the 18-year-old who came out on top as she won her first WTA Tour singles title.

Andreescu wasted a 4-1 lead in the second set as Kerber bounced back, but the comeback was short-lived as the teenager ran away with things in the decider.

“It wasn’t easy today,” she said after the match. “Kerber played a really great match. But I think I took the momentum from the final into this match.”

Third seed Petra Kvitova also came through a three-setter as she beat Donna Vekic 6-4, 3-6, 6-4 to set up a clash against 19th seed Caroline Garcia, who was a 6-0, 7-5 winner over Julia Goerges.

“I think it was great tennis, long. It was a big fight,” Kvitova said. “I’m glad that in the third set I stayed on my serve, you know, just one break over there. I’m really happy that I got the win.”

She will take on Ashleigh Barty for a place in the quarter-final after the 12th seed won the all-Australian encounter against Sam Stosur 6-0, 6-3.