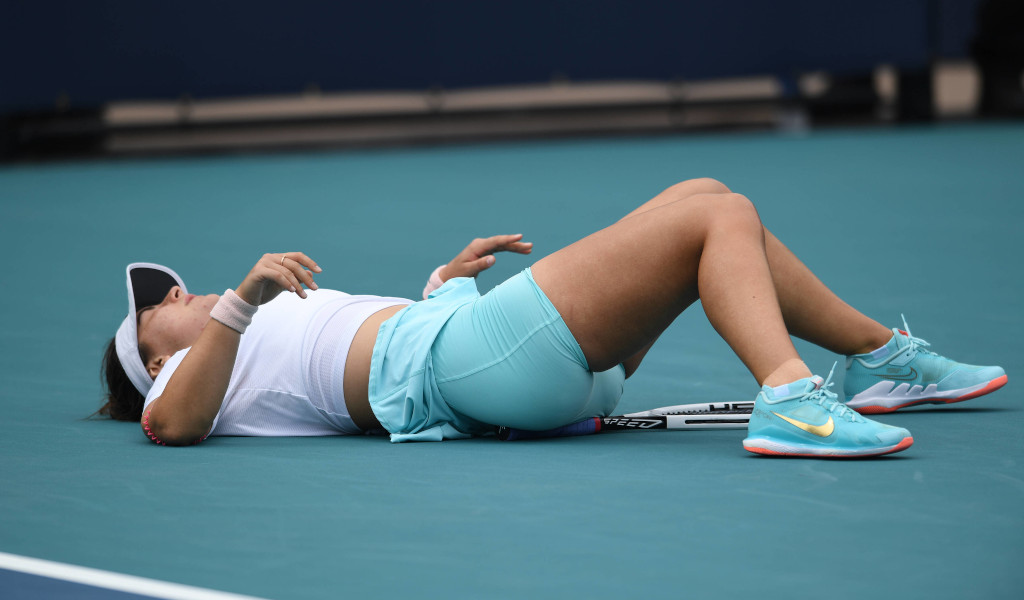 Bianca Andreescu will not represent Canada in their upcoming Billie Jean Cup play-off tie following her injury blow during the Miami Open final on Saturday.

The 2019 US Open champion, who spent the bulk of the 2020 season on the sidelines due to injury, retired during the second set against defending champion Ashleigh Barty.

The world No 1 was leading 6-3, 4-0 when Andreescu threw in the towel with a foot problem.

Although the injury is not too serious, the world No 6 will miss Canada’s Billie Jean King Cup clash against Serbia from April 16-17 in Kraljevo.

God will never take you somewhere where he can’t sustain you 🙏🏽 pic.twitter.com/GR5uyH67Wj

“I’m relieved to say that there is no serious injury and with some rest and preparation, I will be back very soon,” she wrote on Instagram.

“This does mean that, unfortunately, I won’t be able to compete in the Billie Jean Cup. I love representing Canada, so this decision was not easy but I want to make sure I’m ready for the clay court swing ahead and for the rest of the season.”