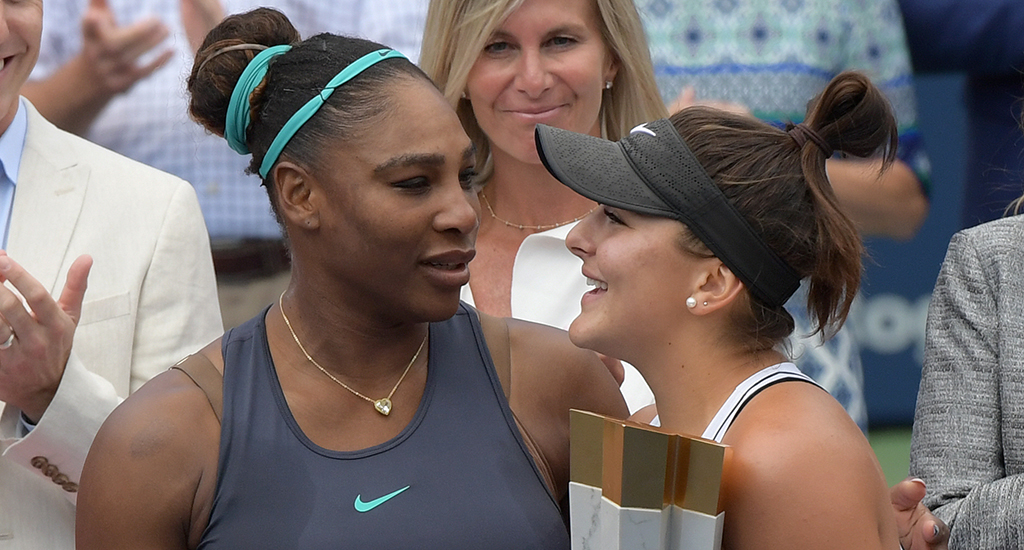 Bianca Andreescu hailed her Rogers Cup win as ‘a dream come true’ after becoming the first Canadian woman to win the singles title in 50 years.

The 19-year-old faced Serena Williams in the final, and was awarded the title after the American was forced to retire midway through the first set with back spasms.

However, that didn’t seem to dampen Andreescu’s spirits at all, as she added the Rogers Cup to the Indian Wells crown she won earlier in the year.

“Serena, you made me cry,” Andreescu, who was leading 3-1 when Williams retired, said.

“I know how it is to pull out of tournaments, it’s not easy.

“This wasn’t the way I expected to win. You are truly a champion.

“I’ve watched you win so many times, you are truly a champion on and off the court.

“I’m speechless right now. This has been a dream come true.”

Coincidentally, the only other time Williams has ever retired injured during a singles final was the 2000 Rogers Cup final – the year Andreescu was born.

“I just think I was really sad, and she made me feel a lot better, so that was really nice,” Serena said of Andreescu after the match:

“She’s only 19. She definitely doesn’t seem like a 19-year old in her words, on court and her game, her attitude, her actions. She’s just a fabulous personality.”