Bianca Andreescu: ‘I’ve always dreamed of becoming No 1 in the world’ 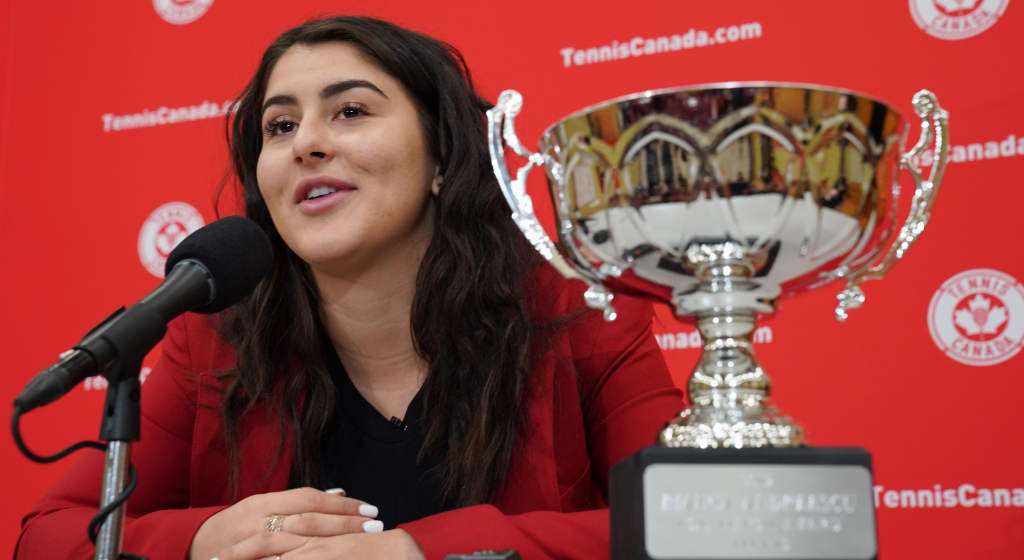 The 2019 season has been a “Cinderella story” for Bianca Andreescu, but the Canadian is determined to raise her game in 2020 and tick a few more things off her bucket list.

The teenager enjoyed a brilliant breakout season as she went from No 152 in the world to a career-high of No 4 on the back of winning her maiden Grand Slam, the US Open, in September.

She also won the Indian Wells Masters and the Canadian Open, finished the year with a 48-7 record and capped it all off by winning the Lou Marsh Award after being named Canada’s athlete of the year.

She added: “This year has been incredible. Honestly it’s truly a dream come true. I’ve been through ups and downs this year. I know that my results were pretty high but I did go through some things. Being able to achieve what I’ve achieved with all that going on is just incredible.”

Naturally she has had to alter her goals for 2020 after this year’s success, but while she is setting her sights high, the 19-year-old is determined not to get caught up in the bright lights.

“I think that also helps for me not to get caught up in it. I like to be as private as I can, but yeah, I can definitely see how it changes people.”

Now that she is a Grand Slam champion, she will no doubt have added pressure at future majors.

“I’m definitely going to emphasize my pre-season a bit more,” she said. “I guess there can be a bit more pressure on my shoulders since I’m top five. I’m a favourite, maybe, to win a Grand Slam now.

“But I think that motivates me. I think pressure really raises my game to the next level. I think that’s why I’ve done so well in bigger matches.”