Bianca Andreescu gets ‘a little teary-eyed’ during win, vows to bring her ‘A-game’ against Aryna Sabalenka 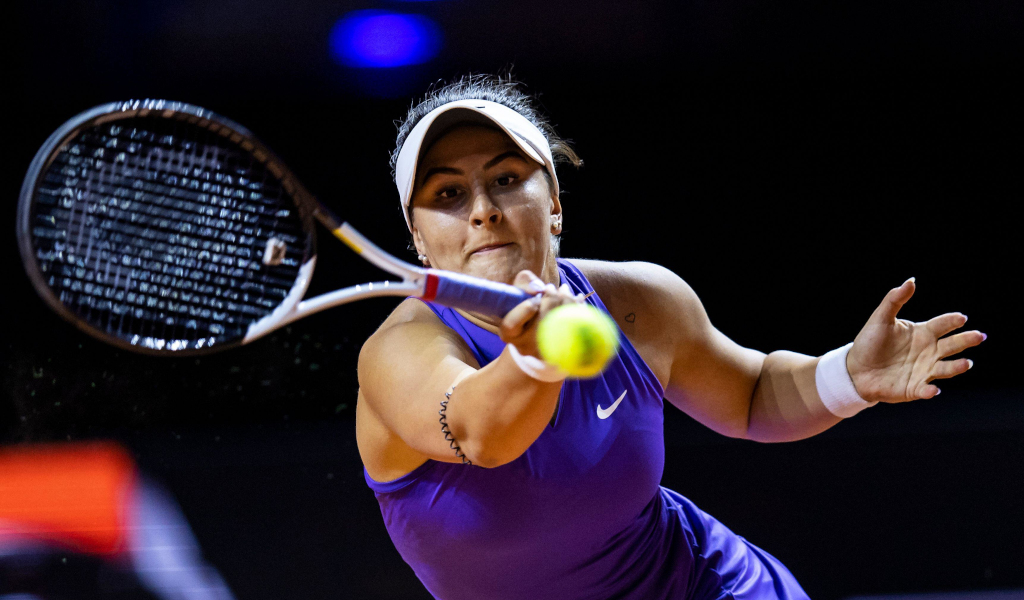 It was an emotional victory for Bianca Andreescu at the Porsche Tennis Grand Prix as she won her first match in seven months, defeating Jule Niemeier in straight sets.

Andreescu had not tasted success since last year’s US Open as she opted to take a break after the Flushing Meadows Grand Slam and then struggled for form on her return this year.

A winning return for Bibi! 🗣

The Canadian advances with a 7-6(5), 6-3 win over Niemeier, marking her first match back in 7 months.@Bandreescu_ | #PorscheTennis pic.twitter.com/m1JXqZq5aB

It was the German who got her nose in front with a break in game five, but Andreescu drew level in game 10 before edging the tie-breaker.

The Canadian carried the momentum over to the second set with a break in game three before wrapping things up in game nine.

“I felt that it took me a while to get my rhythm, but she presented very good tennis,” Andreescu told WTA Insider.

“I’m just super happy with how I dealt with everything; especially towards the end of the match, I felt like I had a clear mindset, but it was definitely very emotional, so to get out of that state was hard, but I’m glad that I managed.

“I got a little teary-eyed at one changeover, because I was like, ‘Oh my god, I’m back playing again and I’m feeling good.'”

Up next is world No 4 Aryna Sabalenka, who had a bye in the first round, in what will be the first top-level clash.

“I’m happy to play her finally on the tour at this level,” Andreescu said. “She’s a hard hitter, she loves her serve, she loves her forehand and she’s a great fighter. I’m going to have to bring my ‘A’ game, because I know she’ll bring hers.”

Meanwhile, world No 26 Daria Kasatkina defeated Coco Gauff as she claimed a 6-4, 6-2 win over the 16th ranked American in one hour and 19 minutes.