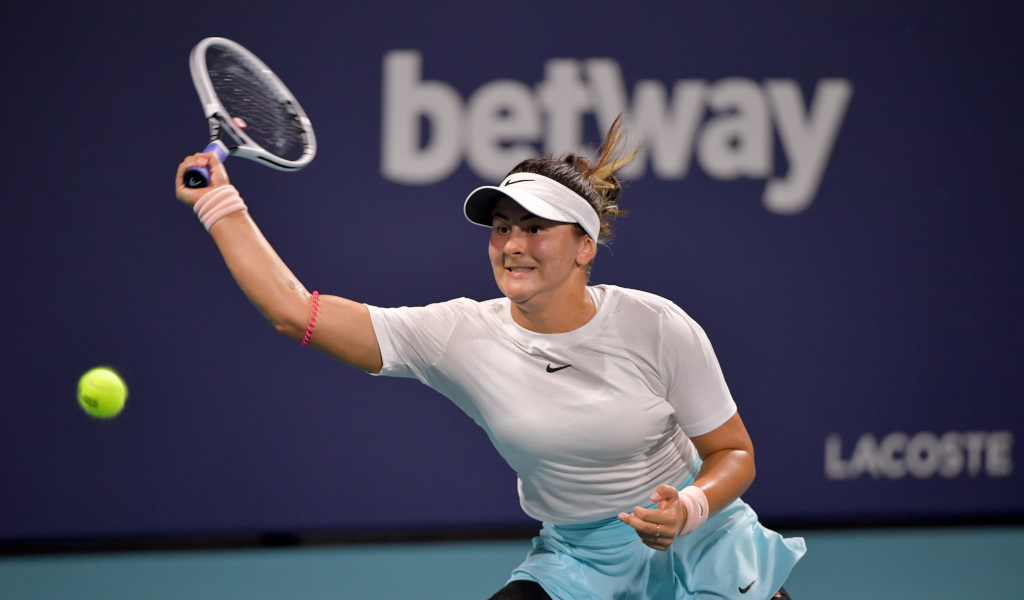 Bianca Andreescu admits she was “super, super happy” after digging herself out of a hole at the Miami Open with a three-set win over Garbine Muguruza.

The Canadian found herself up against it as after losing the opening set against the two-time Grand Slam winner, but she showed her fighting spirit to win 3-6, 6-3, 6-2.

Lights out performance from the 🇨🇦 🤩@bandreescu_ battles past Muguruza 3-6, 6-3, 6-2 to reach the #MiamiOpen quarterfinals! pic.twitter.com/wfwOPJ8lFY

Muguruza broke late in the first set to go 1-0 up, but Andreescu hit back in game four of the second set only for the Spaniard to get the break back in game seven. However, the 2019 US Open winner claimed the decisive break in game eight and then raced into a 4-0 lead in the decider.

While on a roll in the third set, Andreescu also produced a stunning winner.

“It’s always satisfying getting that three-setter, especially after losing the first set. So to me what I was super happy about that match was how even when I’m down, and I knew this about myself,” she said after the win.

“I keep proving that to myself, and it’s really nice to get that under my belt. I felt super, super pumped the whole match, considering everything that’s been happening. I’m just super, super happy.”

She will face Sara Sorribes Tormo for a place in the semi-final after the Spaniard overcame a second-set nightmare to beat Ons Jabeur, 6-4, 0-6, 6-1.