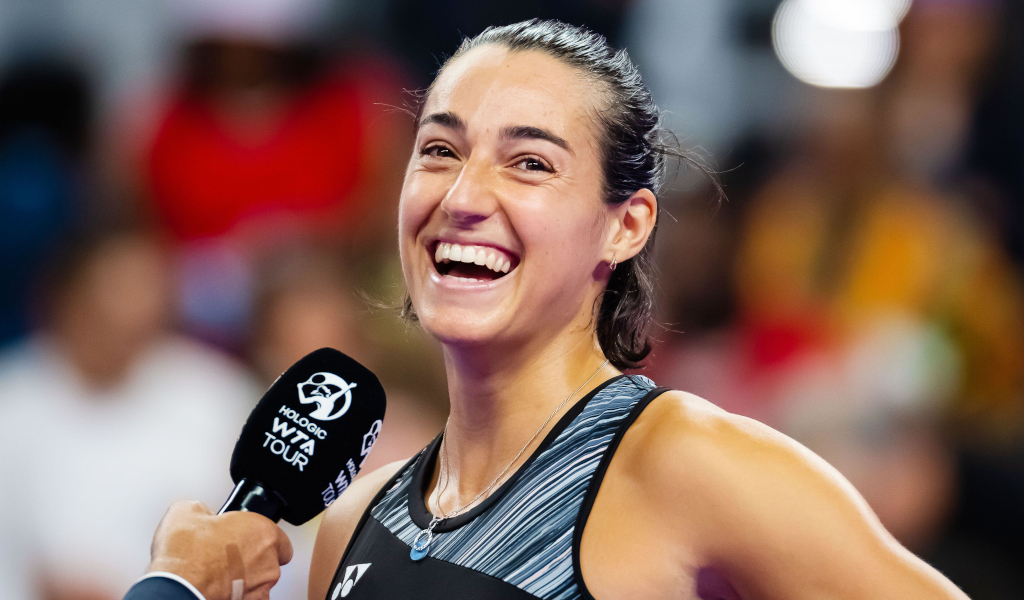 Andy Murray once predicted Caroline Garcia “is going to be number one in the world one day” and, while she may not have fulfilled that prediction just yet, she is once again delivering on court after a few years in the wilderness.

Back in May 2011, Murray stated on Twitter “The girl [Maria] sharapova is playing is going to be number one in the world one day caroline garcia, what a player u heard it here first.”

Eleven years later and Garcia is on the rise again after winning the biggest title of her career, the WTA Finals, with a 7-6 (7-4), 6-4 victory over Aryna Sabalenka.

Garcia was only 17 when Murray made the prediction and she rose through the ranks as by 2014 she had won her maiden WTA singles title and three years later she won two WTA 1000 events.

By 2018 she was at a career-high No 4 in the WTA Rankings, but her form soon started to drop and three years later she finished the 2021 season at a disappointing 74.

But things started to click again in the second half of the 2022 season as she won her first title three years in June, the Bad Homburg Open, reached the fourth round of Wimbledon and followed it up with another title, the Poland Open.

Yet better things were still to come as she won her third WTA 1000 title at the Cincinnati Open before reaching the semi-finals at the US Open to surge back into the top 10.

Despite her late-season form, she was not considered one of the favourites for the WTA Finals, yet she was the last woman standing after defeating Aryna Sabalenka in Monday’s final in Texas.

She came through the group phase with two wins – losing only to top seed Iga Swiatek – before easing past Maria Sakkari in the semi-final.

Sabalenka put up a brilliant fight in the opening set as neither player faced a break point and the seventh seed then took the first mini-break in the tie-breaker.

The Frenchwoman, though, hit back and edged the tie-breaker before a break in the first game of the second set secured the win.

“Today was an amazing final, so much intensity on every single point,” she said after her win.

“I’m very proud of how I was able to keep my mind calm and really focus on one point at a time, one game at a time.”

Garcia collected a cheque of $1.57 million and added 1,375 points to her rankings to move back up to No 4 and, while Swiatek remains comfortable at No 1, there is no reason why the Frenchwoman can’t move up further in the coming year.

It has been long journey for the 29-year-old, but it is not yet complete.

“To all the people I have been able to share the past to this trophy,” she said. “I met a lot of people along the way. Some people are here, some people that met me when I was a 12-year-old little girl.

“I took memories, and I took positives from all those experiences and I would like to thanks all these experiences who have made me a better person and a better player.”