Can struggling Maria Sharapova get her tennis career back on track?

Can Maria Sharapova get her tennis career back on track? It’s a question that is popping up a lot as the Russian has made a stuttering start to the 2018 season.

The five-time Grand Slam winner has she has won just five matches this year with her latest defeat a straight sets loss against the rising Naomi Osaka in the first round of the Indian Wells Masters.

“It hasn’t been an easy couple of weeks since Doha, trying to get healthy, but it’s there, I need some time,” the Russian said after the defeat against Osaka.

“I’ve done it before. It’s obviously frustrating to lose these types of matches that you get ready for and you want to win but it’s part of the process, I realise that.”

While her early exit means she will have more time to tweak her game in training, she really needs competitive matches to find her rhythm again and luckily for her the next major event is not too far away as the Miami Open gets underway on March 19.

“I knew that since the comeback, I have to work to get myself to be in a seeding position, to get what they call a better draw, all those things. That takes work, that takes time, I’m not afraid of any of that, I’ve been in those positions before,” the 30-year-old added.

However, she will be coachless when she heads to Key Biscayne as she parted ways with Sven Groeneveld on the back of BNP Paribas Open defeat.

Groeneveld was the man in her corner when she came back from injury in 2014 and when she won her second French Open, while their other major highlight was a 2015 Australian Open runner-up trophy.

Life on tour has been difficult for the Russian since she made her comeback from her drugs suspension in April 2017. 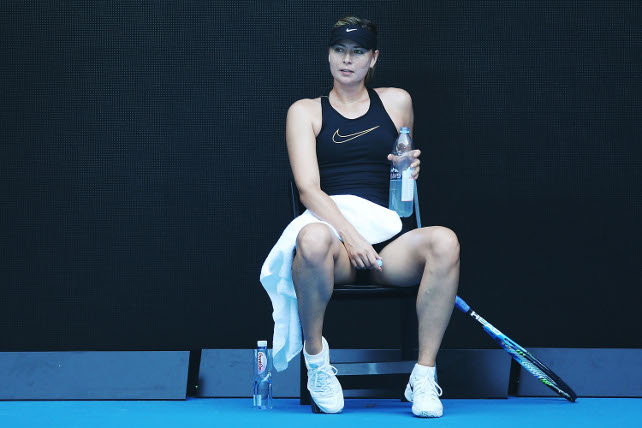 She won the Tianjin Open in October, but there have been way too many early exits for a player of her calibre.

As she points out, moving up the rankings will make her life a little easier and give her perhaps a bit more breathing space in the opening rounds of tournaments.

Then there is the question of time.

After Miami, attention will switch to the clay-court season, a surface that she is very comfortable on as 11 of her 36 WTA singles titles, which include two French Opens, have been on the surface.

Sharapova has slipped to 41st in the WTA rankings, but don’t write her off just yet as she still has a good few years left.