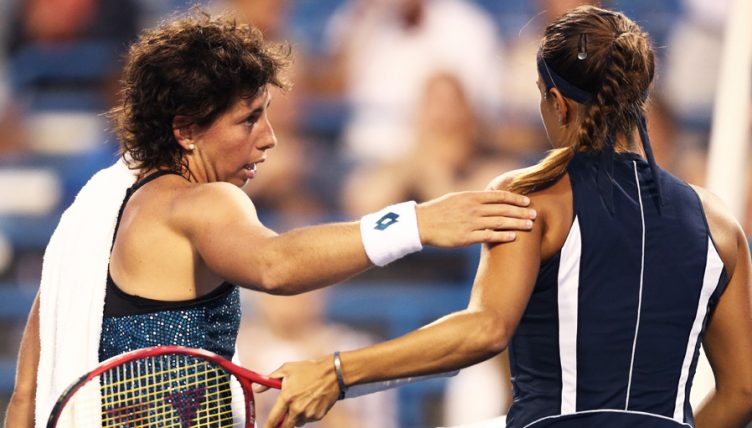 Carla Suarez Navarro has moved into the final of the Connecticut Open despite barely completing a match yet in the tournament.

Next it was semi-final foe Monica Puig who was forced to quit during the first set to give Suarez Navarro one of the easiest runs to a WTA Tour final in memory.

She’s not letting that spoil the occasion, though.

“It’s special because it’s my first final (of the year),” she said.

“It’s never easy to play a final, in a really good tournament like this, so I’m really happy to be on court tomorrow again.”

She will face in-form Aryna Sabalenka in the final after she beat Julia Goerges 6-4 7-6.

It will be her third final of the year after Lugano and the Nature Valley International, though she’s still searching for her first title.

“I will tell to myself like, ‘Okay, this is the next one, try to enjoy it,” Sabalenka told reporters. “Just enjoy. Don’t put too much pressure.”