Caroline Garcia out to be remembered in Cincinnati 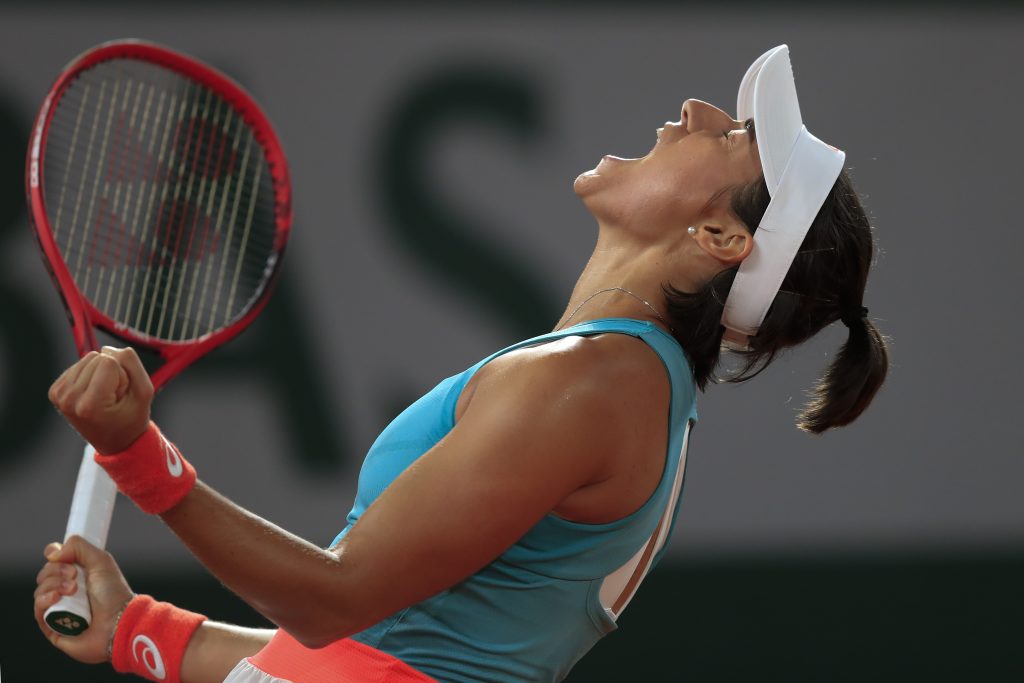 Caroline Garcia of France has arguably the lowest profile of any of the four WTA 1000 Cincinnatti Masters semi-finalists but she is paying no mind to the doubters.

Garcia feels that tennis media are quick to write players off if they lose a few matches.

She says that she has started to get attention again after a good run but believes that players can’t pay attention to how much they are esteemed on social media.

“When you do bad, people forget about you pretty fast and forget what you did in the past.

“As soon as you get a couple of wins in a row under your belt and play better, it’s like you are a top star again. Like you go from a loser to maybe one of the best players right now.”

Garcia will face sixth seed Aryna Sabalenka in the last four and she feels that the Belarussian will pose an enormous challenge.

“She’s in the Top 10 for quite a while now, always doing good in the big events,” Garcia said. “You can always count on her. Doesn’t matter how many double faults she’s doing in one game, she is still here, still winning matches, not afraid to go for it.

Sabalenka herself has achieved a mixed bag of results this season but even as she is tossed and blown by the winds of fate, she perseveres.

“This season was really crazy for me, a lot of challenges,” Sabalenka said. “I’m super proud of myself that I was able to handle all these tough moments this year and I was able to fight. Even if something didn’t work, I still kept trying my best, still fighting for it.

“I’m super happy to be in another semifinal, and I will do my best tomorrow.”

While Garcia won the last meeting between the two women, Sabalenka leads the head-to-head series 2-1 and owns a victory over Garcia at the Lindner Family Tennis Center back in 2018.

All three of their previous meetings came four years ago in fact and both players have evolved considerably since those clashes.

Garcia lost to compatriot Alize Cornet in the opening round in Toronto while Sabalenka fell in the Round of 16; going down in a three-setter against Coco Gauff.

The second semi-final in the women’s draw in Cincy will get underway at 18:00 BST.

Madison Keys meets Petra Kvitova in the first semi-final from 16:00.