Caroline Wozniacki battles back to beat Johanna Konta at Eastbourne 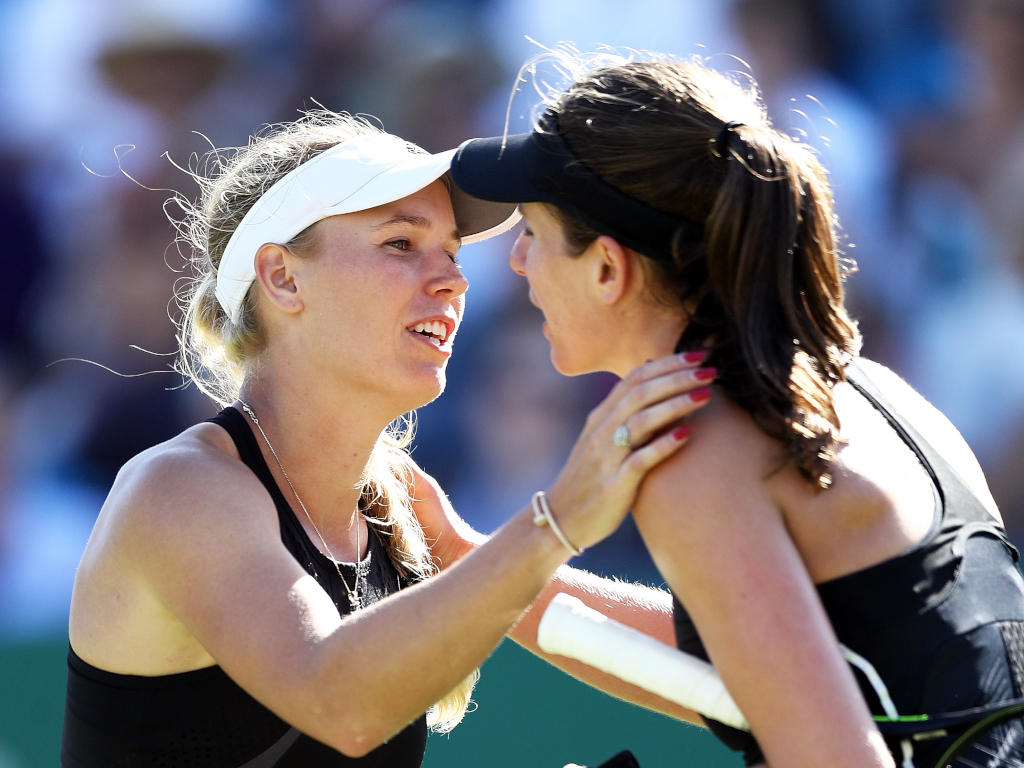 Top seed Caroline Wozniacki overcame a first-set setback to beat Johanna Konta in the last 16 of the Nature Valley International.

The Australian Open champion lost her opening service game of the match and, although she broke back in game six, Konta broke again in the next game to take the first set.

However, two breaks of serve in the second set and two in the decider earned her the win in two hours and 12 minutes.

The Dane will face Ashleigh Barty from Australia in the quarter-final after the eighth seed beat Su-Wei Hsieh 6-0, 6-4.

Defending champion @KaPliskova gets the win over Strycova at the #NatureValleyInternational!

The final quarter-final will be between fifth seed Jelena Ostapenko, who was a 6-1, 6-2 winner over Mihaela Buzarnescu, and Agniezka Radwanksa, who advanced after third seed Petra Kvitova withdrew.