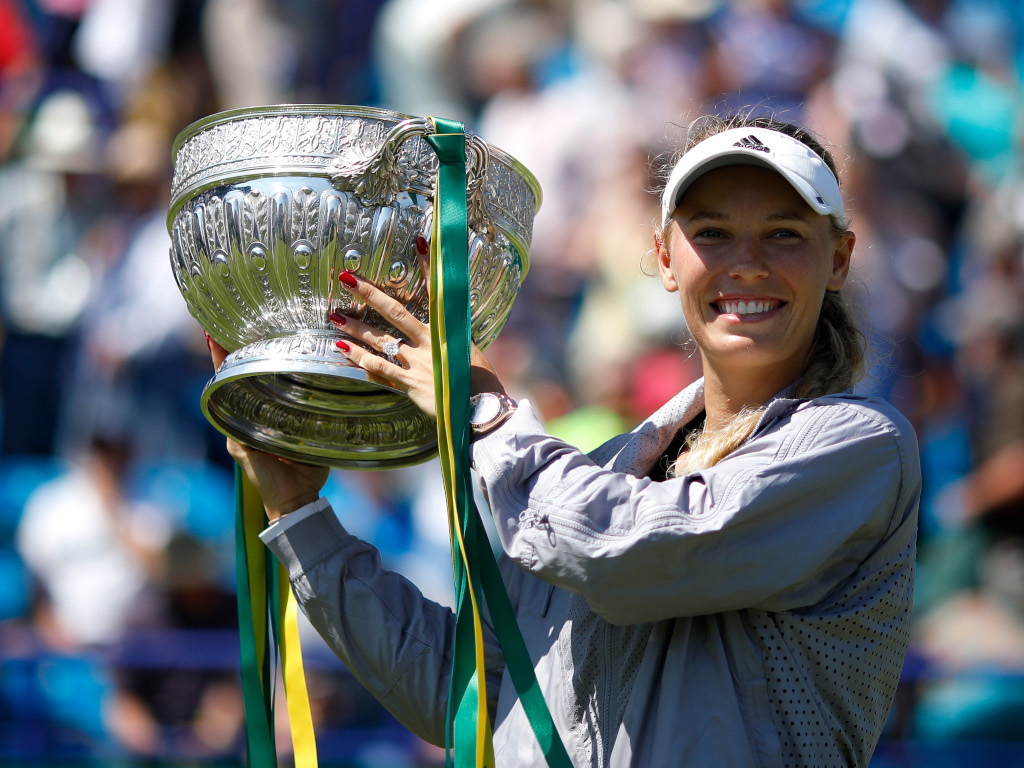 Caroline Wozniacki won her second Nature Valley International trophy, but she was made to work for it by Aryna Sabalenka.

There were three consecutive breaks of serve starting in game three of the opening set, which gave Sabalenka a 3-2 lead, but the Dane then hit back in games 10 and 12 to take the set.

The second set started with three breaks in a row with the Belarusian again in the ascendency, but Wozniacki fought back to level things and then took the tie-breaker.

“It’s just amazing, it’s been a long time ago since I was here as the winner of this tournament, so it’s great that I can still play almost 10 years later,” the Australian Open champion said.

Sabalenka, who was playing in her first Premier-level final, will rise to No 32 in the world on the back of her run to the final.