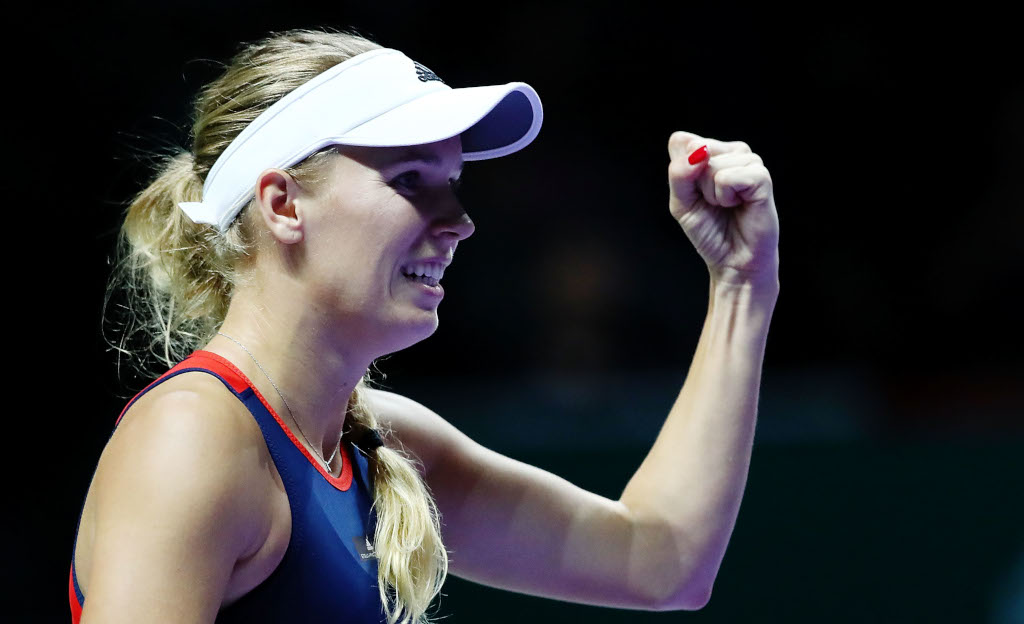 She was made to work for it, but Caroline Wozniacki is still in the hunt for the 2018 WTA Finals title after beating Petra Kvitova while Elina Svitolina got the better of Karolina Pliskova.

With both Wozniacki and Kvitova losing their opening matches at the season-ending tournament, it was a do-or-die match for the pair and it was defending champion Wozniacki who stayed alive.

After both dropped their serves midway through the opening set, Wozniacki claimed the crucial break in game 12.

It was a struggle to hold serve in the second set with Kvitova edging the breaks 4-2 to level it at one set each, but the Dane came back strongly in the decider with two breaks.

Svitolina made it two wins from two matches as she followed up her opening day triumph over Kvitova with a three-set victory over Karolna Pliskova.

.@ElinaSvitolina makes it back to back wins at the @WTAFinalsSG!

One break of serve was enough to hand Svitolina the opening set, but Pliskova took it to a decider with two breaks in the second set.

The Ukrainian raced into a 4-0 lead and, although the Czech managed to salvage some pride, she still went down.