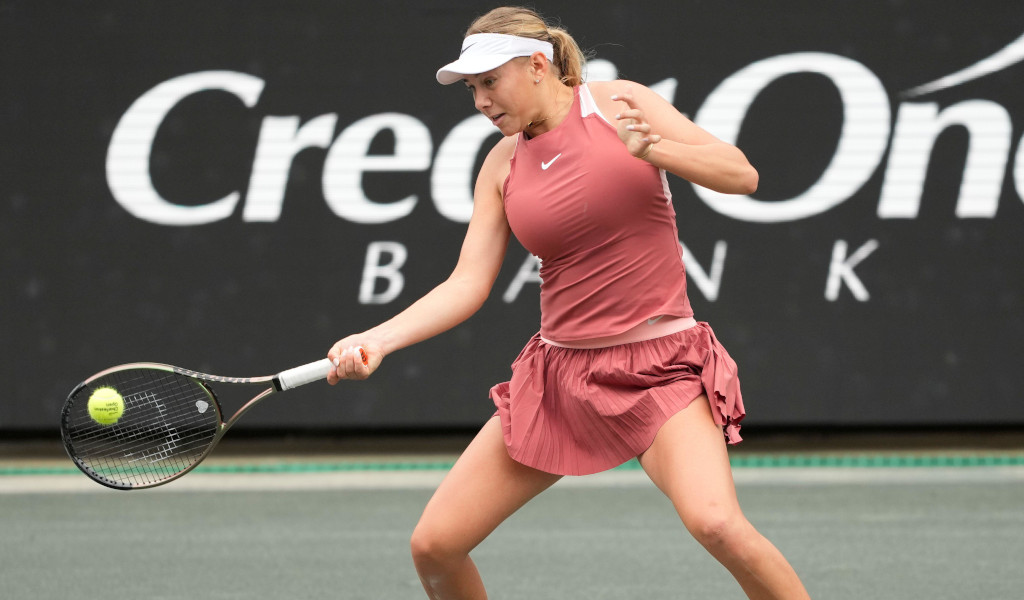 Anisimova’s fourth career Top 10 win read as an upset on paper, but their head-to-head record foreshadowed the result.

The American had vanquished Sabalenka twice in two meetings, at the Australian Open and Roland Garros in 2019 and the opening stanza in North Carolina would mark the first time that Sabalenka had taken a set in their rivalry.

At least one All-American QF coming up on Friday 👊

Sabalenka’s serve proved to be a critical factor in the match, in the first set she was solid but as the pressure built so the mistakes crept in.

Successive double faults saw her slip tpo 5-3 down in the second set and give Anisimova the initiative in the match.

While Anisimova failed to serve the set out, Sabalenka delivered sixth double at a crucial moment to give up a set point in the subsequent game, and the American seized that chance.

Anisimova raced out to a 4-0 lead in the decisive set as Sabalenka’s double fault tally reached double figures.

Sabalenka made a late charge to regain one of the breaks but it wasn’t enough as Anisimova served out the win the second time, landing her sixth ace of the day en route to victory.

Vandeweghe lost to Gabriela Lee in the final round of qualifying, but gained entry to the Charleston Open as a lucky loser following the withdrawal of defending champion Veronika Kudermetova.

The 30-year-old find her range on serve sending down nine aces as she sealed her first win over a top 20 opponent since defeating Caroline Garcia in the 2018 Stuttgart semifinals.

Anisimova and Vandeweghe will meet for the first time in an all-American quarterfinal.

Jabeur was just a game away from clinching victory over wildcard Emma Navarro the previous night before lightning had halted play.

She returned to wrap up a 6-3, 6-2 win by winning four quickfire points over the American that settled any nerves induced by the wait.